FOR much of 2009, Michael Locascio, an executive at ConAgra Foods, watched with concern as the bad news about high-fructose corn syrup kept coming. 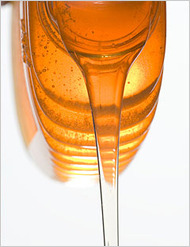 Many consumers think of high-fructose corn syrup as industrial, and see sugar as natural.

Audrae Erickson of the Corn Refiners Association, which has an ad campaign for corn syrup.

In January, there were studies showing that samples of the sweetener contained the toxic metal mercury. Then came a popular Facebook page that was critical of the syrup. By year-end, there were about a dozen spoofs on YouTube mocking efforts by makers of high-fructose corn syrup to show that science is on their side.

But it was pleading comments like this one, from a devoted ConAgra customer, that finally persuaded Mr. Locascio, president of the meal enhancers category at ConAgra, to take action: “Hunt’s is by far the best ketchup ever, but please start making a variety without the high-fructose corn syrup,” wrote Jennifer from New Hampshire.

Early this year, she got her wish when ConAgra decided to reformulate one of its biggest brands, replacing the high-fructose corn syrup in Hunt’s ketchup with old-fashioned sugar. This month, new bottles featuring a banner proclaiming “No high fructose corn syrup” arrive in stores.

Hunt’s ketchup is among the latest in a string of major-brand products that have replaced the vilified sweetener. Gatorade, several Kraft salad dressings, Wheat Thins, Ocean Spray cranberry juice, Pepsi Throwback, Mountain Dew Throwback and the baked goods at Starbucks, to name a few, are all now made with regular sugar.

What started as a narrow movement by proponents of natural and organic foods has morphed into a swell of mainstream opposition, thanks in large part to tools of modern activism like Facebook, YouTube and Twitter and movies like “Food, Inc.” and “King Corn.”

As a result, sales of the ingredient have fallen in the United States. Charlie Mills, an analyst at Credit Suisse, says that the combined United States sales of high-fructose corn syrup for Archer Daniels Midland, Tate & Lyle and Corn Products International were down 9 percent in 2009, compared with 2007. A further decline is expected this year, he says.

This is happening even though many scientists say that high-fructose corn syrup is no worse for people than sugar, which costs some 40 percent more.

“Manufacturers are tired of hearing about the e-mails, the 800-number calls and the letters,” says Phil Lempert, editor of the Lempert Report, which focuses on supermarket trends. “People don’t want it, so why fight them?”

The Corn Refiners Association, which represents makers of the syrup like A.D.M., Cargill and Corn Products Internatiional, has spent the last six years trying to convince Americans that high-fructose corn syrup is a natural ingredient — made from corn! — that’s really no different from sugar.

High-fructose corn syrup is singled out because it is still one of the biggest sources of calories in our diet and because it is made from corn — a lavishly subsidized crop that appears, in one way or another, in so much of our food.

According to the NPD Group, a market research firm, more than half of all Americans — 53 percent — now say they are concerned that high-fructose corn syrup may pose a health hazard, up from 40 percent in 2004.

Leading scientists, however, say that the product, made when various chemicals convert corn starch into syrup, is not any worse than sugar. Both sweeteners are made up of roughly equal amounts of glucose and fructose, they say.

“I’m no fan of the Corn Refiners Association, but in this case they have biochemistry on their side,” says Marion Nestle, a professor of nutrition at New York University who has campaigned against unhealthy foods marketed to children.

Such defenses, however, don’t hold much sway with people like Ivan Royster, 27, who runs Ban of HFCS, a Facebook page that has 120,000 fans. Like many people who get a creepy feeling about high-fructose corn syrup, Mr. Royster points out that it is a highly processed ingredient that was invented in the late 1960s and introduced into the food supply in the ’80s.

In March, his Facebook page lit up after a study from Princeton University gave credence to the idea that high-fructose corn syrup might, in fact, be worse than sugar.

“Our bodies have been adapted over the years to metabolize sugar, which is natural,” Mr. Royster says. “But the body doesn’t know what to do with high-fructose corn syrup.”

Even though the Corn Refiners Association is losing ground to people like Mr. Royster, it’s not giving up the fight. But by the time an ingredient is pilloried on Facebook and YouTube, it faces an uphill battle. Mr. Lempert, the supermarket expert, puts the corn refiners’ chances of turning around consumer sentiment at exactly zero.

FROM her ninth-floor office on Pennsylvania Avenue, Audrae Erickson, president of the Corn Refiners Association, can see the flag on the White House. More comfortable hunkering down for international trade negotiations and compiling the weighty Corn Annual report that’s sent to libraries, Ms. Erickson was thrust into the national spotlight after a 2004 paper by two prominent researchers suggested a link between America’s obesity problem and high-fructose corn syrup.

Working with the ad agency DDB and a team at Ogilvy Public Relations, the Corn Refiners Association has plowed more than $30 million over the last two years into an ad campaign called “Sweet Surprise” that highlights what it says are vague and unsubstantiated opinions.

In one of the TV ads, a woman at a picnic stares critically at her friend who is pouring a drink containing high-fructose corn syrup. “Wow, you don’t care what the kids eat, huh?,” she asks. When the mom can’t identify why the syrup is so bad, she awkwardly changes the subject, announcing, “Love that top!”

Among the numerous spoofs of the campaign, one of the more outrageous recreates the picnic scene with a man in drag playing the syrup-loving mom, though this time she is also defending lead from China, female genital mutilation (“It’s safe in moderation”) and K.K.K. cross-burning. Two Los Angeles comedians created the video, which has been watched more than 150,000 times.

Ms. Erickson says she has heard of the spoofs but has not bothered to watch most of them. “We’re really focused on trying to correct the record since a lot of the information consumers have is incorrect,” she says. “High-fructose corn syrup is a case of mistaken identity.”

Ivan Royster has a Facebook page urging a ban on high-fructose corn syrup. It has 120,000 fans.

Although it hasn’t done much good yet, Ms. Erickson continues to point out that science does not support the demonization of the product. One of her favorite documents is a two-page list of quotations defending the syrup, which she has culled from various media sources. Many are attributed to people like Ms. Nestle, who spend much more time criticizing the food industry than defending it.

On the list there’s Michael Jacobson, executive director of the Center for Science in the Public Interest; David S. Ludwig, director of the Optimal Weight for Life Clinic at Children’s Hospital Boston; Walter Willett from the Harvard School of Public Health; and even Barry Popkin, a nutrition professor at the University of North Carolina and a co-author of that 2004 obesity paper.

Recent studies “have convinced me that H.F.C.S. does not affect weight gain,” he told The Los Angeles Times in July 2008.

And as for those mercury studies that spread like wildfire last year, Ms. Erickson says that there is no reason to believe that the mercury detected in various foods was coming from high-fructose corn syrup.

In a further attempt to improve its image, the Corn Refiners Association has petitioned the Food and Drug Administration to allow a name change to the simpler, less-chemical-y “corn syrup.” In January, the F.D.A. issued a letter to the Corn Refiners giving its thumbs-up to the name change. But after an objection from the Corn Refiners’ rival, the Sugar Association, F.D.A. officials sent another letter saying that they needed to give the matter further thought.

Mr. Royster, founder of the Facebook page, says that dropping “high fructose” from the name would be nothing more than a ploy to trick people. “It’s just another attempt to defraud consumers into thinking their products are safe and natural,” he says.

FROM 8 to 10 every night, after returning from his job at the North Carolina State University library in Raleigh, Mr. Royster sits down at his laptop and starts answering e-mail, mostly from the dozens of people each day who want to know more about the dangers of high-fructose corn syrup.

Mr. Royster says that he spends no money on his Ban of HFCS page, but that he devotes several hours each night to posting information about various studies, alerts on products that are free of the syrup and links to other sites opposed to it.

With an impressive working knowledge of nutrition, Mr. Royster decided to start the Facebook page almost a year ago after his 10-year-old nephew mentioned giving an insulin shot to his young classmate, who has Type 2 diabetes.

“I was shocked because this kid was only 9 at the time and he already had Type 2 diabetes. So I started doing research,” Mr. Royster said. And he came to a controversial conclusion: “I realized that it has something to do with the high-fructose corn syrup.”

Mr. Royster says he respects the opinions of people like Dr. Willett and Mr. Jacobson. But he says that the syrup is harmful in ways that science simply hasn’t yet figured out because not enough of the right studies have been done.

In the recent Princeton study that gave support to his side, one group of rats was given access to high-fructose corn syrup, while another got sugar-sweetened drinks. The study found that rats that gulped lots of drinks with high-fructose corn syrup gained more weight than those that had the sugar, even when their overall caloric intake was the same.

Dr. Ludwig, of Children’s Hospital in Boston, calls the findings interesting and says they warrant further study, but he isn’t leaping to any conclusions. “You can feed almost anything to rats and they’ll get fat, and a rat study is a long way from understanding human nutrition,” he says.

Back at ConAgra’s headquarters in Omaha, the Princeton study didn’t stir much more than passing interest. “Our focus is on consumer preference, not the science,” says Mr. Locascio.

Although sugar costs more than high-fructose corn syrup, the price of Hunt’s is not set to increase. Eager for a sales boost from the switch, ConAgra decided to absorb the extra costs.

“Companies are trying to suggest that their products are now more natural and healthier when in fact they’ve changed nothing,” she says.

Madelyn Fernstrom, founding director of the University of Pittsburgh Medical Center Weight Management Center, says she thinks the frenzy over products that don’t contain the syrup may end up doing more harm than good if it gives a health halo to things like soda and high-calorie desserts.

“This makes consumers even more confused than before,” Dr. Fernstrom says. “I worry that it’s a license to overconsume unhealthy products.”

No one is more infuriated about sugar’s new-and-improved profile than Ms. Erickson. “A sugar is a sugar, and that’s what we need to get people to understand,” she says.

One place where that thinking seems to prevail is Mexico. Mr. Mills of Credit Suisse says that A.D.M., Tate & Lyle and Corn Products International all have had big sales increases of high-fructose corn syrup in Mexico, largely offsetting their United States declines.

In a reversal, manufacturers are replacing the sugar in Mexican soda and other beverages with the less-expensive high-fructose corn syrup. In Mexico this year, consumption of the sweetener is expected to be up by a whopping 50 percent, according to the United States Department of Agriculture.