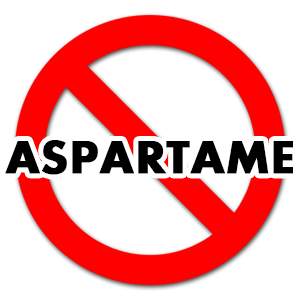 Some people claim they like the taste of aspartame better than sugar or other sweeteners. In almost all cases, however, people consume aspartame-containing products on the promise that their non-caloric properties will prevent them from getting fat. The following position statement from Sandra Cabot, MD, of Mission Possible, Australia, describes why the primary justification for aspartame being available to weight-conscious consumers, like claims of its being safe, is not true.

By Sandra Cabot, MD
I have been a medical doctor for over 25 years and have clinical and research interests in the liver and metabolism. I have authored several best selling health books including the “Liver Cleansing Diet,” “The Body Shaping Diet,” “Don’t Let Your Hormones Ruin Your Life,” “Women’s Health,” “Menopause and Natural Hormone Replacement Therapy” and I lecture internationally on these subjects. I have been consulted by thousands of patients with weight problems, hormonal imbalances, fatty liver, sluggish metabolism and chronic ill health. I have been an advocate and practitioner of nutritional methods of healing for 30 years. I regularly appear on national television and broadcast on many radio stations to educate people about the importance of a healthy liver in achieving good health and weight control.

In the interests of public health I am making a position statement concerning the use of the artificial sweetener called aspartame and sold most commonly under the brand names “NutraSweet” and “Equal.”

Why do millions use it?

One must ask, “Why do millions of people ingest a toxic chemical like aspartame everyday?” It is because people have been brainwashed into thinking aspartame will keep their weight down and is good for health. The belief is inconsistent with credible science and shows me that we have lost touch with our own natural senses and instincts.

After having been consulted by thousands of overweight people suffering with problems concerning the liver and/or metabolism, I can assure you that aspartame will not help you in any way. Indeed, it will help you to gain unwanted weight.

How it causes weight gain

It has been my experience that people who use aspartame to lose weight are more likely to gain weight instead. There are logical reasons to explain the fattening and bloating effects common with aspartame consumption.

When you ingest the toxic chemical aspartame it is absorbed from the intestines and passes immediately to the liver where it is taken inside the liver via the liver filter. The liver then breaks down (metabolizes) aspartame to its toxic components-phenylalanine, aspartic acid and methanol. This process requires a lot of energy from the liver making less energy available for fat burning and metabolism, which will result in fat storing and elevated blood sugar levels. Excess fat may build up inside the liver cells causing “fatty liver” and when this starts to occur it is extremely difficult to lose weight. In my vast experience any time that you overload the liver you will increase the tendency to gain weight easily.

Also with regard to obesity and aspartame, the Trocho Study in Barcelona (l998) showed that the formaldehyde converted from the free methyl alcohol accumulates in the cells and damages DNA with most toxicity in the liver but substantial toxicity in the adipose tissue (fat cells). Further a recent epidemiological study by Sharon Fowler at the University of Texas in 2005 linked diet drinks with obesity.

In the Congressional Record, Senate, S – 5511, May 7, l985, and part of the protest of the National Soft Drink Assn, now American Beverage, is this Statement: “Aspartame has been demonstrated to inhibit the carbohydrate-induced synthesis of the neurotransmitter serotonin (Wurtman affidavit). Serotonin blunts the sensation of craving carbohydrates and this is part of the body’s feedback system that helps limit consumption of carbohydrate to appropriate levels. Its inhibition by aspartame could lead to the anomalous result of a diet product causing increased consumption of carbohydrates.”

So as far as product liability is concerned, you have companies selling an excitoneurotoxic carcinogenic drug to the population as a sugar-free diet product knowing full well this government-approved artificial sweetener is actually causing the obesity it’s marketeers claim to be preventing. They also know that aspartame is addictive and that the methanol component is classified as a narcotic. Aspartame liberates free methyl alcohol causing chronic methanol poisoning. This affects the dopamine system of the brain causing the addiction.

Dr. Cabot’s “position” regarding aspartame, as stated here, is an overview supported by 30 years of experience and research. To discover more about the liver, visit her website at http://www.liverdoctor.com. To learn more about natural sugars that are better for the liver and weight control, read Dr. Cabot’s books “The Liver Cleansing Diet” and “Boost Your Energy.” Dr. Cabot’s books can be ordered from Ten Speed Press through your local book store, or by calling 1-888-75-Liver.