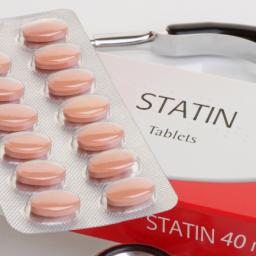 By Bill Berkrot and Ransdell Pierson

(Reuters) – Health regulators are adding warnings to the labels of widely used cholesterol lowering drugs, such as Lipitor, to say they may raise levels of blood sugar and could cause memory loss.

The Food and Drug Administration announced on Tuesday the changes to the safety information on the labels of statins such as Pfizer Inc’s Lipitor, AstraZeneca’s Crestor and Merck & Co’s Zocor that are taken by tens of millions of people.

Statins have been shown to significantly reduce the risk of heart attack and heart disease, and the FDA said the new information should not scare people into stopping taking the drugs.

“The value of statins in preventing heart disease has been clearly established,” Amy Egan, deputy director for safety in FDA’s Division of Metabolism and Endocrinology Products, said in a statement. “Their benefit is indisputable, but they need to be taken with care and knowledge of their side effects.”

Lipitor, which became available late last year in generic form as atorvastatin, is the world’s all-time biggest selling prescription medicine with cumulative sales in excess of $130 billion. As a class, statins have helped enrich the world’s largest drugmakers, but most of the major brands are now prescribed as far cheaper generic medicines.

Last year, more than 20 million Americans were taking some form of statin, according to IMS Health.

“These are nuances, tiny little tweaks to the label, and the bigger picture doesn’t change,” said Steven Nissen, chief of cardiology at Cleveland Clinic. “There are few drugs that have saved as many lives as statins and we don’t want to throw the baby out with the bathwater here.

“If you have heart disease, you probably should be on a statin. If you’re at high risk, a statin may be warranted. But we don’t think these drugs should be put in the water supply,” Nissen said.

Asked what prompted the label changes, FDA spokeswoman Erica Jefferson said they were based on the agency’s review of medical literature, clinical trial data and reports of adverse events.

“I wouldn’t point to any one thing,” she said. “We’ve been looking at all the information for some time. It’s part of our ongoing surveillance.”

The FDA said it was aware of studies in which some patients taking statins may have a small increased risk of higher blood sugar levels and of being diagnosed with type 2 diabetes.

The statin labels will also now reflect reports of certain cognitive effects such as memory loss and confusion experienced by some patients taking the drugs, the agency said. It said those reports generally have not been serious and the symptoms were reversed by stopping use of the statin.

“We have known for three or four years that statins slightly increase blood sugar,” Nissen said. “The fact that the blood sugar went up a little bit did not diminish the effectiveness of the statins in reducing (heart) risk for patients.”

The elevated diabetes risk cropped up in a 2008 Crestor study of nearly 18,000 patients. A separate study published in the Lancet medical journal in 2010 found that statins can raise the risk of diabetes by 9 percent.

The memory loss issue was more anecdotal from adverse event reporting and not from formal studies, the FDA said, adding that there was no proof that the problem was caused by statins but that it wanted people to be aware of the possibility.

One safety warning long associated with the class of medicines will be reversed, the FDA said. Patients taking statins will no longer need periodic monitoring of liver enzymes, since cases of serious liver injury are rare and unpredictable in individual patients.

Other statins, most of which are available as generics, include Livalo, Mevacor, Pravachol, Altoprev and Lescol. There are also combination medicines that include statins, such as Merck’s Vytorin and Abbott Laboratories’ Simcor.

Jon LeCroy, an analyst who follows the pharmaceutical industry for MKM Partners, said he did not believe the label changes would have a lasting impact on statin use.

“The overwhelming evidence on statins is they save lives, so I can’t imagine this would reduce anyone prescribing them,” LeCroy said.

“There are some buzzwords that tend to scare the lay public. This is not a cancer warning,” he said.

The FDA also specifically said that Merck’s Mevacor, the world’s first approved statin, known generically as lovastatin, should never be taken with certain drugs used to treat HIV and certain bacterial and fungal infections due to increased risk of a serious muscle disease.

“I don’t think we should change our practice based on this report,” said Dr. Kenneth Ong, acting chief of cardiology at the Brooklyn Hospital Center in New York.

“But the report is a sobering reminder there’s no such thing as a free lunch,” Ong said. “Every drug has its problems and its side effects, despite the benefits.”