Alzheimer’s May Be an Infectious Disease

It appears that some cases of Alzheimer’s {may be more like an} infectious disease. Scientists placed diseased brain matter in mice who later developed the disease.

The question of its transmissible qualities were also questioned in the documentary Under Our Skin. Many who have been diagnosed with Alzheimer’s, especially younger patients, have turned out to have Lyme disease affecting the brain. 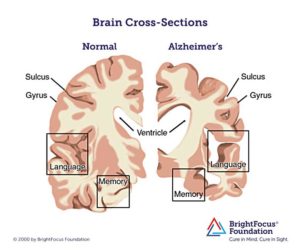 Alzheimer’s may be transmissible, study suggests

In some cases, Alzheimer’s disease may in fact be the result of an infection, and may even be transmissible, a new study in mice suggests.

Mice injected with brain tissue from healthy humans showed no signs of the disease.

“Our findings open the possibility that some of the sporadic Alzheimer’s cases may arise from an infectious process,” similar to the way mad cow disease arises from infection with diseased proteins called prions, said study researcher Claudio Soto, a professor of neurology at The University of Texas Medical School at Houston.

“The underlying mechanism of Alzheimer’s disease is very similar to the prion diseases,” Soto said. “It involves a normal protein that becomes misshapen, and is able to spread by transforming good proteins to bad ones. The bad proteins accumulate in the brain, forming plaque deposits that are believed to kill neuron cells in Alzheimer’s,” he said.

However, the new findings are very preliminary and it’s unclear if the same thing could happen in people. Moreover, the transmission occurred under highly artificial conditions that a person would likely not experience.

The researchers are currently setting up experiments to determine whether the same transmission can occur under more natural routes of exposure, Soto said.

The study was published today (Oct. 4) in the journal Molecular Psychiatry.

Pass it on: Alzheimer’s disease may be able to spread, similar to the way mad cow disease spreads, a study in animals suggests.

Alzheimer’s May Be Transmissible, Study Suggests