Tips of the Month 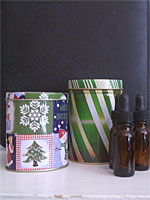 * Keep your remedy solution (the 10% alcohol and distilled water mixture) in one of those glass bottles with a spout– the ones you use for oil or vinegar in your kitchen. You can pick one up where ever they sell kitchen “stuffs”.  Make sure the spout has a cover or cap to keep the solution from evaporating.

* Store your remedies in a metal box or faraday bag. Boxes like cash boxes, ammunitions boxes (from military surplus stores), cookie tins are all readily available at reasonable prices. While there is no guarantee of complete protection, the metal boxes do help protect the remedies from loosing their effectiveness as quickly, especially when remedies are constantly or even intermittently exposed to antidotal EMF’s, cellular phones, cordless phones, wireless devices and other fields (see “Antidoting your remedies is easier than you think”).

* Make a non-toxic weed-killer by boiling 1 cup of salt in 1 gallon of distilled vinegar. When cooled, put into a spray bottle and spray directly on the leaves, stems and roots. The next day you will notice the plants starting to turn brown. You may need to spray some plants several times over a period of a few days to completely kill them. We even killed poison ivy with this mixture!

* Deter ants by sprinkling ground cinnamon. Spread it around the doorframe, in cracks and holes, etc. It works like a dream! Use an old medicine dropper to “squirt” the cinnamon in hard to reach places.

From the Chronicles of a Soap-Shampoo-er…

(**If you have chlorine in your water and you aren’t using a chlorine filter, you probably should NOT use the vinegar, as chlorine mixed with vinegar will produce chlorine gas!)

1) For long hair, soak ends first in a bowl-full for several minutes then slowly pour over roots.

2) Do the entire procedure in the shower if you find that easier.

3) Using distilled water with the vinegar- not tap water (even if you have a well)- increases the effectiveness. Minerals can inhibit some of the cleansing properties of the rinse.

4) Some people who are sensitive may need to dilute the mixture further. If you experience burning or itching, rinse immediately with cool water. If the symptoms persist, please call us.

5) Try using this rinse before your maiden voyage into soap-shampooing for smoother sailing!

Some have reported they no longer have need conditioner! But if you do, try 1-3 drops (depending on your length) of light oil, such as sweet almond or grapeseed (organic is best), rubbed between the hands and then into wet or dry hair, starting at the ends. For courser hair, especially for those of African heritage, try jojoba or coconut oil instead.

3) Duration and magnitude do matter. Apparently, these thin metal boxes, and perhaps even the thicker ones, are not enough to protect the remedies from some direct influences. While we do not have any scientific testing on the specifics, we do know from experience that the duration and intensity of the exposure matters. For example, a client recently had her remedies in a metal cash box, 2 feet away from a microwave oven that was used by her roommate for 8 minutes. Her remedies, while not completely antidoted, lost much of their effectiveness, as evidenced by a weakened response from her normal dose. If, in your home, you have a cordless phone (a comparably weak but constant signal), your remedies (even if in a metal box) are gradually loosing

effectiveness each day. Antidotal exposures can come from any device that is plugged in. Cell Phones, cordless phones and wireless devices (to name a few) are a concern even if they are on the other side of the wall, on another floor or even at the other end of the house/building.

If you are interested in knowing more about the harmful effects of “microwave” (“cellular”), “wireless” and “cordless phone” radiation, you can do a web search on your favorite search engine for “health effects” or “harm.” You can also look in our “Library”.

We have updated our “Antidotes to Homeopathic Treatment” sheet and will be happy to email or mail one to anyone who needs a copy.

I attended a wedding that was held outdoors, when a little girl suddenly screamed, and her mother yelled “oh my god she got stung by a yellow jacket, and we forgot the epinephrine kit!” The wedding was held in the woods several miles from town and the mother was beside herself. I reassured her and walked calmly to my car to get my remedy kit. I gave the girl a pellet of Apis 30 C under her tongue and she stopped screaming instantly. Fifteen minutes later the incredulous mother pointed out that the girl was completely fine, and didn’t even have any localized swelling.

I received a call one day from the mother of a teenage patient. She called from her car phone: “I’m on my way to your office. This is an emergency. Get a remedy ready, my son is choking to death.” He had been at the orthodontist’s office to have his braces reattached. He had a serious reaction to the bonding agent. When they arrived, my assistant and I met them in the parking lot. His face had turned purple from lack of oxygen, there was swelling of the tongue and throat to the point of obstruction of the air passages. I placed a pellet of Apis 200C under his tongue, and he started to relax. A minute later a 1M, followed by a 10 M, and he breathed easy. In a few more minutes he was smiling, and so was his mother.  Meanwhile, when my assistant, who was an experienced EMT specialist and new to homeopathy, saw the patient, she turned pale. As the Apis was given, she was watching in amazement. She confessed, “the whole time I could only think ‘epinephrine, epinephrine…’” Homeopathy works rapidly and, if properly used, has no side effects.

My daughter, on a trip through Germany, drank a soda, and unfortunately, a wasp had crawled into the can. It stung her in the esophagus, causing severe pain and constriction. Apis took care of it quickly.

A patient has severe anaphylactic reactions to sesame seeds, with nausea and weakness, and he used to carry an epinephrine kit with him at all times. Occasionally, an evening out at a restaurant would turn into a trip to the emergency room, and it would take days to recover from the drugs. Now he carries a few pellets of Apis 10 M in his pocket, and whenever he has a reaction he takes a pellet under his tongue.  He says it works instantly, preventing a reaction and has no after‑effects. 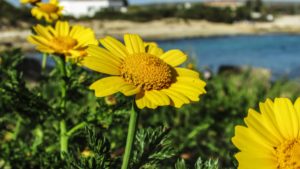 Protecting Your Remedies On The Go