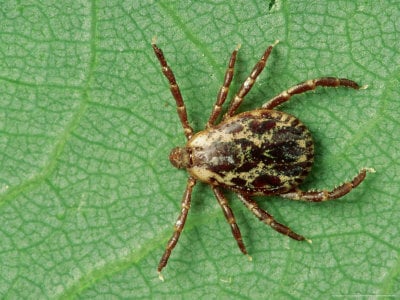 In 2003, I received phone call from a man whose name I immediately recognized, although I had not been in contact with him for several years. Carl was in his early forties and had at one time attended The Homeopathic College (the homeopathic training program I run).

Now, Carl sounded confused, disoriented, worried, and he was babbling, something about that he had to get back to his job. It took some active listening on my part to learn that he was calling from Duke Medical Center (Durham, NC, USA), where he had been hospitalized with Rocky Mountain Spotted Fever (RMSF for short). 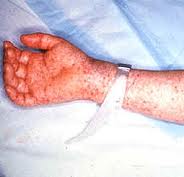 RMSF is a tick-borne disease caused by the bacteria Rickettsia rickettsii spread by bites from the American Dog Tick. Initial signs and symptoms of the disease include sudden onset of fever, headache, and muscle pain, vomiting, headache, lack of appetite, followed by development of petechia-like (pinpoint) rash and abdominal and/or joint pain. It is a serious condition that has been known to be fatal in some cases.

Conventional medicine usually treats RMSF with Doxycycline therapy to kill the bacteria. Doxycycline is in the tetracycline group of antibiotics and considered a broad spectrum antibiotic. It is interesting to note that Doxycycline can have symptoms such as urine retention, jaundice and yellowing of the skin, fever, chills and joint pains, confusion, severe pain in your upper stomach spreading to your back, nausea and vomiting, fast heart rate and so many more. Most people don’t suffer from all of these side effects, but you can see how for some people, the cure can be just as bad as the disease itself.

Back to the story: Carl muttered, “I’ve got to get out of here, they are killing me here, I gotta get out o’ here,” then handed the phone to his girlfriend who explained he had been delirious at times, while on antibiotics, Tylenol (acetaminophen/paracetamol) and a sedative. He had a terrible headache, and he was aching so badly all over his body that he could hardly move.

She picked up the remedy Bryonia alba 30C, Acetaminophenum 30C and Doxacyclinum 30C from my office. The next day, Carl and his girlfriend dropped by to express their gratitude for his miraculous cure. His fever had come down after one dose, and by the next day he was able to check himself out of the hospital.

Homeopathic medicine was able to provide a quick, effective and completely safe treatment to resolve this potentially life-threatening condition. I read in the paper a few days later that eleven people had succumbed to this disease so far that year in North Carolina while under the best of medical care!