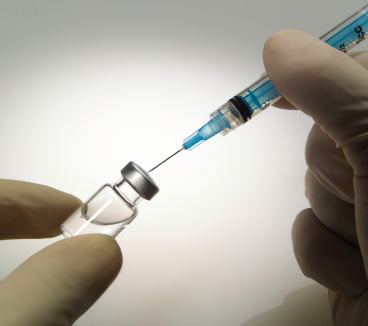 According to Hugh Fudenberg, MD, the world’s leading immunogeneticist and 13th most quoted biologist of our times (nearly 850 papers in peer review journals): If an individual has had 5 consecutive flu shots between 1970 and 1980 (the years studied) his/her chances of getting Alzheimer’s Disease is 10 times higher than if he/she had one, 2 or no shots. Dr. Fudenberg said it was so and that it was due to mercury and aluminum that is in every flu shot. The gradual mercury and aluminum buildup in the brain causes cognitive dysfunction.

Scientists have shown that trace amounts of mercury can cause the type of damage to nerves that is characteristic of the damage found in Alzheimer’s disease.

The level of mercury exposure used in the test was well below those levels found in many humans with mercury/silver amalgam dental fillings.

The research conducted at the University of Calgary Faculty of Medicine found that exposure to mercury caused the formation of “neurofibrillar tangles,” which are one of the two diagnostic markers for Alzheimer’s disease.

Previous research has shown that mercury can cause the formation of the other Alzheimer’s disease marker, “amyloid plaques.”

The scientists also exposed the test nerves to other elements, including aluminum, but found that only mercury caused the damage consistent with Alzheimer’s disease.

The research, published in a peer-reviewed medical journal, is accompanied by a video presentation of the effect. Utilizing digital time-lapse photography, this video shows rapid damage to the nerve cells after introduction of minute amounts of mercury. Funding for this video was provided by the International Academy of Oral Medicine and Toxicology (IAOMT).

Dr. Lorscheider produced the visual documentation of the biochemical mechanism by which the introduction of mercury induces hallmark diagnostic markers indistinguishable from those seen in the Alzheimer’s diseased brain.

The authors note that, to date, no other material or metal tested, including aluminum, has produced even remotely similar reactions.