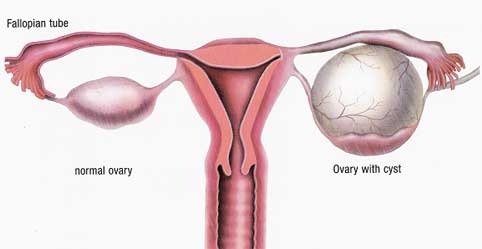 Ovarian cysts in women of reproductive age are now more commonly reported. These are generally associated with irregularities in menstruation, sometimes causing severe abdominal pains and large-sized cysts may even create problem associated with fertility, pregnancy and child birth. Although surgical intervention is taken recourse to by the orthodox treatment for removal of unwanted cysts, some patients try to avoid surgery and adopt homeopathic mode of treatment rather hesitantly because of limited research documentation in this field. In this paper, we intend to document three patients showing typical symptoms of Thuja occidentalis and how they were cured of their ailments, including the removal of large sized cysts in their left ovary with the administration of different potencies of the single medicine.

The homeopathic remedy, Thuja occidentalis, was found to be appropriate for all three patients on the basis of totality of symptoms as well as in consultation with the repertory. Potencies were chosen as per the homeopathic doctrine as suggested in [Hahnemann’s] “Organon of Medicine”. The age of the patients varied from 16 years (youngest, unmarried) to 41 years (married), all of them having a large sized cyst in their left ovary apart from the associated menstrual problem and occasional pain in the abdomen.

Results: It took varying periods of time from 5 months to 30 months, for removal of all symptoms of ailment including the cyst. The case report is supported with trans-abdominal ultrasonographic evidence, before and after treatment. Data on certain hormonal assays as well as blood glucose level (fasting) of the patients prior to and after completion of the treatment have also been provided with a note on their possible implications as biomarkers, if any.