Sudden, Intense Illness in a Dog 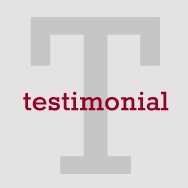 Sudden, Intense Illness in a Dog

Mid afternoon I went outside to call our six-month-old Rottie puppy.  I found her lethargic and unresponsive in the grass.  I quickly brought her into the house and found that she was running a temperature of 105 and was drooling.

The night before my son had changed his anti-freeze, which is highly toxic to dogs.  There was no sign that any anti-freeze was accessible to the dog, but just in case I felt like there was no choice but to get her to the only animal hospital in town that claimed to be able to treat this kind of poisoning.

After three hours at the vet and $600.00 worth of tests, the vet proclaimed that it didn’t look like anti-freeze poisoning but that she wasn’t optimistic that our dog would live through the night.  They suggested that we call the kids to say good-bye.

I asked my oldest son to quickly bring my kit to the vet and called our homeopath immediately.  Based on the only symptoms we could read from a dying dog Manfred suggested Belladonna. Our dog had been lying unresponsive needing to be carried and unwilling to drink for more than five hours by the time my son arrived.

I waited for the doctor to leave and gave our dog a dose with very little hope that the granule would turn her back from the edge of death.  Within five minutes she held up her head and looked around.  Shortly there after she was standing and drinking from the bowl that had been beside her for hours.  Needless to say we re-dosed.  Within thirty minutes Zahne was running around and full recovered in 24 hrs.  Even the doctor was amazed and tried to take my kit away several times, unfortunately the doctor was mostly concerned that we were taking the dog home and refusing further medical treatment.