Homeopathy for Health and Happiness, Part 2 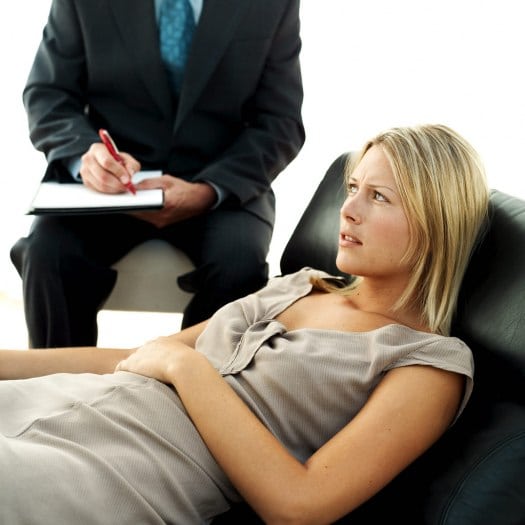 One time a four year old girl was brought to my practice who refused any and all instructions. This was before the term “oppositional disorder” was coined. She was all dressed up like a little lady and was so well behaved for her age that I could not tell something was wrong at first glance. Yet, she was so hyperactive that in a short time she had turned my office into a disaster area. She only ate specific foods, and in spite of the excellent behavior modification techniques employed by her mother, she repeatedly scolded her mother and brutally bossed her around. The mother finally resorted to physical restriction by holding her on her lap for the remainder of the consultation.

Instead of doing child psychotherapy, I got the relevant information and the family started constitutional treatment. There was considerable improvement by the first follow-up visit. By now also a chronic cough had resolved. Eight months later, even her father, who had been skeptical about the treatment, commented on the improvement in behavior. During that time that girl had received two alternating remedies in different potencies that matched her whole symptom picture. It is interesting to note that she never was diagnosed with any disorder. I received a call from her mother eleven years later.  Her daughter had been doing great all these years.  But now she had some menstrual problems that needed to be resolved.

A child who says “I can’t” and who has to bully other children to support his sense of power and self-confidence, misses out on so many learning opportunities already early in life that nobody can bring back. There is no need for psychotherapy, which could take years. But a single dose, and maybe a few, of Lycopodium, a harmless homeopathic signal, can set things straight again. This treatment can open up entirely new possibilities that can give the child the self-confidence necessary to learn.

Homeopathy can help the functioning and performance of the whole person.

One time I was contacted by a successful architect. She had been asked by her partner to “do something about your drinking problem.”  During the first consultation I asked her to explore the feeling that causes her to drink. She claimed that she did not drink, she just enjoyed good wine. I asked her to observe how she felt before pouring a glass of wine.

She paused and was silent for a while.

Then she said, “I know what it is. For years now I have not received full payment from my customers. And I can’t seem to get myself to pick up the phone to call them. Instead I just drink a glass. It is really strange. I mean these are friends of mine who owe me the money, contractors I have been working with for years. I did the math one weekend and found out I am owed about twenty thousand dollars.”

I was quiet. She stared out the window.

After a long pause she said, “There is something else…”

“A number of years ago, I was hired to calculate the statics for a high rise building in town. I did the calculations, and double-checked everything, and turned them in. The building was built. One weekend, I had a thought and pulled out my files on this building. I recalculated the stats, and found I had made a crucial error in the math. Now what would a decent person do in a case like this? Report it?  This was three years ago, and I never reported it. Every day I have at least one thought about this, and I keep thinking it would be my fault if this building collapsed and killed hundreds of people.”

What are you afraid of?

“I suppose I could be censored, possibly lose my license, maybe sued, but of course I am insured for all that. I know this sounds strange, but I am simply too much of a whimp, too much of a coward, to stand up for myself and admit my mistake. It is the same thing with getting people to pay me. My customers – all good people – owe me almost twenty thousand dollars. I don’t have the guts to demand payment. I am such a whimp.”

She went home and took the homeopathic remedy I suggested. At her next visit, it was immediately obvious that something was different about her.

“I have some good news to report,” she began, “First, I want to tell you, a got four thousand dollars back.”

What did you do?

“I just called up one contractor. And he was nice about it. He wrote me a check immediately. I could not believe how easy it was. And guess what – I have some more good news.”

After a deep sigh she said:

“I went to the city- it was a public building- and told them about the error. You would not believe what happened. They treated me like a hero. I felt they were going to groom me for the Nobel prize! The invited me on a committee and asked me for suggestions on how the error could be corrected, which I was glad to do and was about to offer. And wouldn’t you know, they even offered to pay me for my services!”

I had had one consultation with her. I had not spend years asking her to get in touch with her feelings, with her deepest unconscious impulses.  I asked her a few pointed questions, and she took a single dose of a homeopathic remedy. This dose triggered a change that helped her overcome her cowardliness.

“I am going to ask you to give me ten percent of the twenty thousand dollars when you get them back,” I joked, as she left the office.

Homeopathy can restore the imbalance whether on the mental, emotional or physical level. The greater sense of well-being and improved functioning leads to a better work environment, and better cooperation.  It leads to better relationships, and to a more happy family. When you hear a child say spontaneously, “I am happy,” you know this is so.

Homeopathy can even save lives.