Homeopathic Treatment of Skin & Ear Infections in a Dog 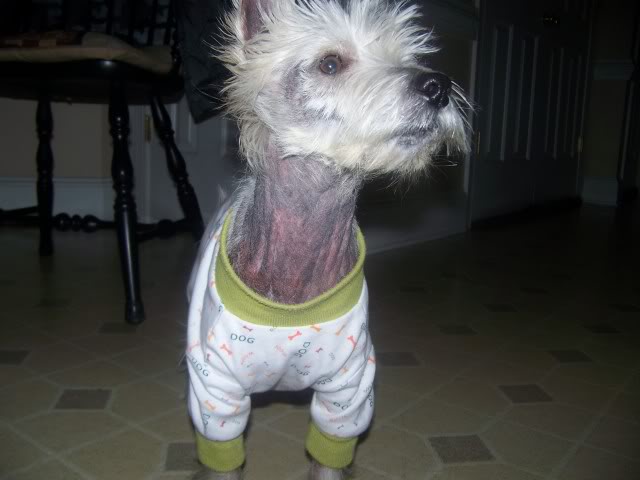 Watch this live, video testimonial about a dog who’s multiple chronic health conditions have either been cured or significantly improved by using The Mueller Method™ of Homeopathy.

Owner Cheryl had taken her dog to another homeopath for several years with very little improvement in some his worst health complaints.

This video testimonial below was filmed October 2015 during the Course on Integrative Medicine at the UNC Medical School in Chapel Hill, NC, USA.

Skin & Ear Infections Cured in a Westie Dog, pt 1 of 2

Skin & Ear Infections Cured in a Westie Dog, pt 2 of 2

Cheryl gave us this outline of Morgan’s symptoms when they first began
using The Mueller Method of Homeopathy 1 1/2 years ago.

What are the Main Complaints: homeopathic treatment for dogs

On-going ear and skin infections. Discharges vary from yellow to green in color. They have an odor like cheese.

Thick crust on his legs, chest and throat. Wrinkled dark gray pigment skin. His skin is always damp, especially after he wakes up from sleeping – could be any time of the day or night. It was called canine demodicosis. The crust varies from thick like dried up oatmeal to fine. He also has a hard pink bump on his back, it is mostly on the surface of the skin, when i lift the skin it moves with it.  The infections have been on-going for the past three years.

He continually tries to eat wood chips and acorns.

He has under homeopathic treatment for the past three years for these same issues, he had great improvement last year but since things have not improved, frankly they are a little worse.

When did you first notice these issues?

The first time we had an issue with Morgan’s health was a double ear infection of yellow discharge around the time Morgan was 3. He was treated allopathically and after that things got worse. I contacted a homeopath because after the Prednisone issue(also called Deltasone · Sterapred · Sterapred DS · Rayos · Prednicot · Prednisone Intensol, Liquid Pred, Orasone, Adasone, Prednisonum), which I talk about more below under “what treatments did he receive) he not only had his skin turn black, but he lost most of his fur. He lived in a cone and a dog pj for a good six months! homeopathic treatment for dogs

The remedy he was on actually turned him around by next day. He actually came out of the kennel and wagged his tail which was major. Things did start to improve slowly, discharges slowed, ears improved a bit – but he kept having relapses. We tested his thyroid, we added a thyroid supplement and nothing improved him beyond a point last year when we really thought we were going to cure him– then things began to get worse again (not to the point where he was so sick). She decided to add a very low-dose thyroid pill hoping that it would help improve his system and he would better hold a remedy – but that hasn’t worked either.

What treatments did you try?

First I contacted our Vet because of the ear infections – he put him on prednisone and Mometamax antibiotic (aka Gentamicin sulfate, Mometasone furoate, Clotrimazole) – ears improved and itchies also improved BUT within three weeks of the weaning off the prednisone and ending the antibiotics – he was in a full blown disaster. He was so sick he wouldn’t leave his crate. He had discharges coming from everywhere, ears, nose, skin, penis and anus. His skin turned black, he lost 90% of his fur, he was so ill I thought we were going to lose him. So I contacted a Homeopath who began treating him and had been working his case ever since.

What was the diagnosis, if any?

The only diagnosis I received was the one from the vet – his response – “He’s a Westie and he has allergies. Treat him with Benadryl.” Glad I ignored his advice.

What treatments, if any, were given?

First treatment for these symptoms was with the vet – typical antibiotics and prednisone – once I started Morgan with the homeopath – she put him on Antimodium crudum – 30C. That was his first dose and he began to improve slowly but each day I saw improvement. Then it stopped – got worse again and that is where we are now.

I have pictures from when Morgan was at his sickest – when he was the most improved – and recent pictures to show that things have not improved for a long time. (Watch videos to see the pictures)

Morgan – got all the standard puppy vaccines (Parvovirus [Parvo Vaccine], Rabies, Canine Distemper, Infectious Hepatitis (CAV-1 or CAV-2) ) .When he came to us he had Coccidia (a parasitic type of infection that causes loose stools/diarrhea) and  kennel cough. He was put on albon for the coccidia but I can’t remember what he was prescribed for kennel cough. Looking back on his history – he scratched from the very beginning when we got him at 10 weeks, he had small pimples all over his belly and back and fleas, and even after he was treated with the antibiotic Albon (sulfamethoxazole) for the coccydia, he had a tendency toward loose stools!

He was neutered at 6 months and was Microchipped (which I have had deactivated but its still under the skin), He was sent home with pain medicine but we never used it after his neutering. But we put him on the usual – Heartworm, flea and tick control medications (Heartguard, Sentinel, Trifexis, Revolution,  Advantage, Interceptor) – and junk dog food of course we didn’t know any better, and some vitamins that the breeder had suggested.

Then I refused his annual rabies shot at the age of one and he hasn’t had any since. Most recent was the prednisone and antibiotics, we also used Malaseb shampoo (an antifungal/antiseptic shampoo with Miconazole Nitrate 2%, Chlorhexidine Gluconate 2%) on him for a while. I can’t remember what antibiotic he was on – but that was a little more than three years ago. Since then he has been on raw diet, no heartworm or flea and tick topicals. No vaccinations since he was 6 months. That brings us up to date

– nothing cured his chronic illness. Following is a list of the remedies he has been prescribed over the past few years by the other homeopath. He improved the most on Antimonium crudum and Mezereum –

Antimonium crudum, thuja, nat mur, arsenicum, phos, graphites, hepar, calc carb, sulpher , silicia, belladonna, lachesis, bacillinum, calc carb, rhus tox, phos, thuja, mercurious, mezereum, Phos, arsenicum, sulpher, phos, lachesis, hepar, psnorium, nat mur, lachesis, thuja, calc carb, symphitum, hepar, bryonia and mercurious – I may be missing one or two but this is from the past three years! He was mostly on 30C, very rarely would she (the homeopath) use an 1M potency, I believe one may have been Belladonna, and she did have him on several different nosodes that were in the 200C potency. I have to say that I think Morgan is very sensitive, he has in the past had aggravations to his doses.

At one point Morgan had a open wound from licking so much that we did end up using Vetrycin on that wound.

He is also on thyroid medication – thyroxine 0.2 mg at the advice of the homeopath. He has also been tested for thyroid issues through. Raw food and salmon oil for the past three years. Prior to the thyroxine, he was also on thytrophin pmg as a thyroid supplement.