Challenges in School: How Homeopathy Can Help, Part 1 of 2 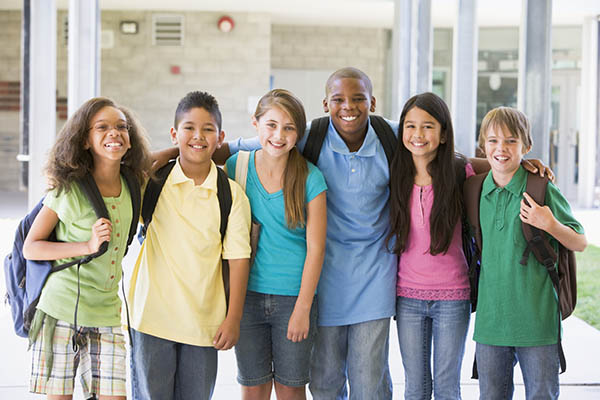 “We worry about what a child will become tomorrow,
yet we forget that he is someone today.”
-Stacia Tauscher

The rigors and stresses of school are the perfect breeding grounds for bringing to the surface “problems” that could be holding students back. “Problems??!!” you say incredulously, “my child doesn’t have ‘problems!’”

Actually, Homeopaths take a non-judgmental view of the whole thing – we simply call these things what they are – “symptoms” and symptoms are something that can (and should) be treated and healed. Said another way, symptoms are a health problem needing to be resolved. Homeopathy is one of those truly healing modalities that can help resolve inherited or acquired problems.

Some symptoms may be subtle & barely noticeable. But some symptoms may not be so subtle and may even be disruptive, disabling or even disturbing to the child, the family and the classmates/friends/teachers. From emotional problems to learning disabilities to illnesses, homeopathy can give students of all ages the boost of good health they so desperately need to realize their true potential.

Homeopathy: healing with no side effects

The governments of many countries including Germany, UK, Switzerland, France, India, Sri Lanka and Argentina (to name a few) recognize Homeopathy as a legitimate & time-honored form of medicine. And best of all, homeopathy is safe enough to use on pregnant women, children, the elderly and pets. And, there’s an entire branch of homeopathy dedicated to treating plants and agriculture called “Agrohomeopathy”.

Our homeopathic materia medicas (those are the books where all the symptoms a remedy can treat are listed) are full of references to symptoms such as “inability to concentrate”, “restlessness”, “poor memory”, “letters & numbers appear backwards or in reverse order”, “obsessive thoughts”… That means homeopathy has solutions for problems like Hyperactivity, ADHD and Dyslexia, as well as other learning disabilities.

Homeopathy is also effective on those profound (& disruptive) syndromes such as Obsessive Compulsive Disorder (OCD), tics, tardive dyskinesia, Tourette’s syndrome, Seizures and more. And another thing – sometimes the refusal of a child to do his homework isn’t just rebellion, but a symptom of a subtle learning disability – the kind homeopathic treatment can easily and gently help with!

Doesn’t every prepubescent tween and teen’s emotions run wild? Isn’t that a “normal” part of puberty and growing up? Actually, no! However, since it’s such a wide spread & common occurrence, it’s become the “norm”. Most of these symptoms are simply a health problem – like when “junior” digs in his heels and won’t listen. Or when “little mama” has mood swings as wild as an April day.

Homeopathic treatment can ease & even remove the emotional rollercoasters, temper tantrums, the manipulative behavior, depression, self-mutilation, suicidal thoughts/attempts, anxiety, panic attacks, fears, timidity, shyness, STUBBORNESS, the need for approbation/recognition, the need for affection, promiscuity (yes, this can be treated), aversion to the opposite sex (this IS a symptom), young love or lust gone awry, heartbreak, anger & indignation, being overly argumentative, showing aggression, jealousy, low self esteem, being down on him/herself, bullying and so much more.

Pharmaceutical drugs not only have many side effects (see links in the beginning of this article), but by their own admission, are largely ineffective. Wouldn’t you like to have a safe, side-effect free way to address these more unpleasant (and unproductive) behaviors that discipline is failing to control? Homeopathy has the answers.

For more testimonials and stories of homeopathy helping children’s issues, click on this link.