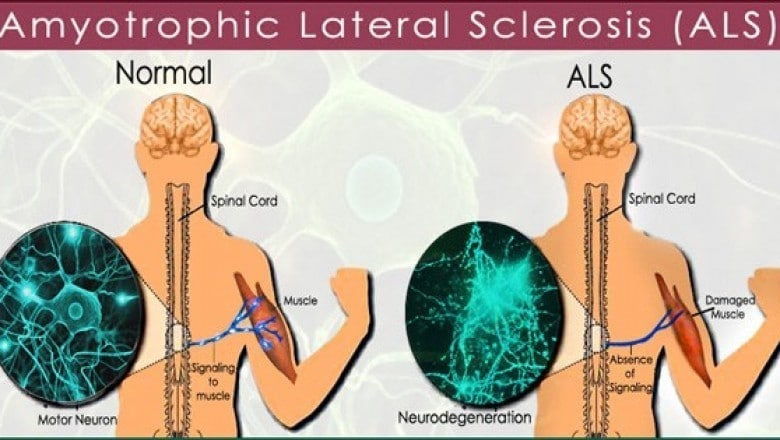 Amyotrophic lateral sclerosis (ALS), also known as Lou Gehrig’s disease after the famous New York Yankee baseball player, is a rare condition, characterized by deterioration of both upper and lower motor neurons. It has in incidence of about 2.4 per 100,000 population per year with peak onset between 55 and 75 years of age and an average survivorship of 3 years after onset [1]. Over 90% of ALS cases are sporadic, with familial cases making up the balance. An ALS variant which is clinically different from sporadic ALS is present in the Western Pacific and is associated with symptoms and pathological characteristics of both Parkinson’s disease and Alzheimer’s disease.

Approximately 1 out of 100,000 people each year are newly diagnosed with ALS. It’s more common in men than women, with symptoms usually appearing between the ages of 50 and 75. About 10% of people with ALS have a family history of the disease. The average life expectancy is 2 to 5 years after diagnosis.