Doctors call for rethink after large study finds prescribed pills could be associated with up to 0.5m extra deaths a year in US 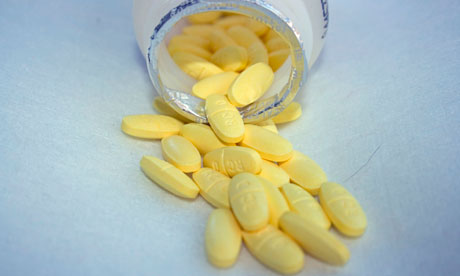 Sleeping pills prescribed for insomnia are associated with more than a fourfold risk of death, according to the study published in the BMJ Open journal. Photograph: Nick Todd/Alamy

Doctors are calling for a rethink of the use of sleeping pills after a large study showed that the drugs carry a substantially increased risk of death for those who are prescribed them.

Commonly used sleeping pills, or “hypnotics”, such as temazepam and zolpidem, which is prescribed for short-term insomnia, are associated with more than a fourfold risk of death, according to the study published in the BMJ Open journal.

The study was carried out in the US, where up to 10% of the adult population took sleeping pills in 2010. The authors estimate that sleeping pills may have been associated with 320,000 to 507,000 extra deaths in the US that year.

The researchers, led by Daniel Kripke from the Scripps Clinic Viterbi Family Sleep Centre in La Jolla, California, studied the population served by the largest rural integrated healthcare system in America, in Pennsylvania.

Over a two-and-a-half-year period, they compared the death rates among more than 10,500 people who received sleeping pill prescriptions with those of more than 23,600 others – matched for age, state of health and other factors – who had not received such medication. The average age of the study group was 54.

The scientists in the study found that even at a relatively low rate of prescription – fewer than 18 doses a year – those who were given the pills had a 3.5 times greater risk of death compared with those who were not prescribed them. Individuals who were given pills more frequently – between 18 and 132 doses in a year – were more than four times more likely to be dead at the end of the study. The risk of death for those on the most pills – 132 doses or more a year – was more than five times that of those on no pills.

Those who had taken the most pills were also 35% more likely to be diagnosed with cancer – although they had not been at greater risk of cancer than the control group before the study began. The risk was greatest for temazepam, one of the benzodiazepines. A link between sleeping pill use and cancer has also been found in previous studies.

Just showing an association between sleeping pills and more deaths does not prove the pills are the cause, the authors point out, although the increased risk as the number of doses went up points in that direction. But there have been other studies in the past that have also appeared to detect an increased death risk with sleeping pills, the authors say.

Some US doctors have suggested a randomised controlled trial to establish for certain the death risk of sleeping pills, they write. “No such trial has ever been mounted, perhaps for reasons similar to the absence of randomised trials of cigarettes and of skydiving without parachutes.”

Yet the benefits of sleeping pills “as critically reviewed by groups without financial interests” are meagre, they add, and it is now generally thought that cognitive behaviour therapy works better for people with chronic insomnia than tablets.

The doctors say there are many ways in which sleeping pills might shorten life. Such medication has been shown to increase depression, which can trigger suicide. They also interfere with motor and cognitive skills, which makes driving dangerous, and can cause sleep apnoea, which results in disturbed sleep and can lead to heart problems.

Some people taking the pills sleepwalk, which can be hazardous, and eat at night, “resulting in poor diet and obesity”, says the paper.

The National Institute for Health and Clinical Excellence has given qualified approval to the short-term use of sleeping pills. The authors suggest it may be time to reconsider even that limited green light.

Nina Barnett of the Royal Pharmaceutical Society said it was “an important study and although it is unlikely to radically change prescribing in the immediate term, it should raise awareness and remind both patients and prescribers to the potential risks of sedative use for insomnia.”

She added that the study did not prove the deaths were caused by the pills and warned that individuals should not stop taking prescribed medicines without talking to their doctor or pharmacist.

The Medicines and Healthcare Products Regulatory Agency said the safety of all medicines on the UK market was continuously monitored.

It added: “Hypnotics should be used to treat insomnia only when it is severe, disabling, or subjecting the individual to extreme distress, and use should be restricted to short-term (two to four weeks).

“There have been concerns about a possible association between hypnotic medicines and particularly benzodiazepines for a number of years. Unfortunately, the results from cohort studies have been mixed and inconclusive.

“The authors of the latest study have acknowledged the limitations associated with cohort studies and that further research is needed. We will consider the results of this latest study and whether it has any implications for current prescribing guidance.”