Homeopathy for Allergies: Nothing to Sneeze At 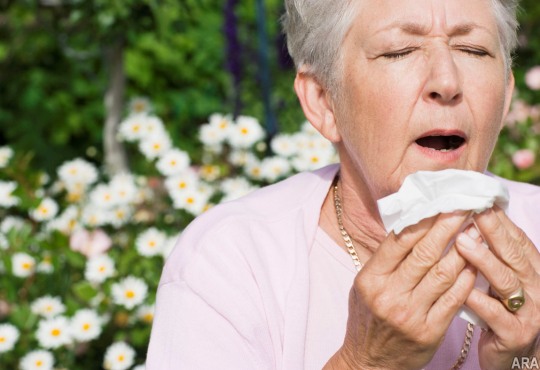 To those of us who do not believe in coincidences, it is not surprising that my father was a physician who specialized in allergy.  Allergy is the medical specialty that commonly uses small doses of an allergen in order to desensitize a person to that allergen.  This concept of using small doses of what might cause a problem in order to help prevent or heal the person is an ancient observation of healers/physicians all over the world, and it is the basis for a type of natural medicine called homeopathy.

It is therefore not surprising that one of the three physicians who founded the American Acade­my of Allergy was a San Francisco homeopathic physician, Dr. Grant L. Selfridge. [2] Another small and forgotten footnote in medical history involves a homeopathic physician from Scotland, C.H. Blackley, who in 1871 was the first physician to identify pollen as the cause of hay fever. [3]

Although homeopaths have a history of being at the forefront of medical research and discovery, it is particularly appropriate and even predictable that they would lead the way in the field of allergy. Because the primary principle of modern allergy treatment derives from the homeopathic principle of “treating like with like,” the spirit of homeopathy has lived on, despite the tendency of orthodox physicians to ignore it.

Respiratory allergies represent the condition for which there is a relatively strong research base for efficacious treatment with homeopathic medicines. A group of researchers at the University of Glasgow published four studies, three of which were published in the BMJ (British Medical Journal) and the Lancet, two highly respected medical journals. Each study was randomized, double-blind, and placebo-controlled. Each trial used an oral 30C homeopathic preparation. The first two trials involved patients with hay fever, [4] [5] where patients were either give a placebo or homeopathic doses of 12 common flowers to which people are allergic.

The fourth study was the treatment of patients suffering with perennial allergic rhinitis (a broad technical term for respiratory allergies that are not seasonal). [7] Like the previous study, half of the patients were given a placebo, while the other half was given a homeopathic dose of whatever substance the person was most allergic. The patients given the homeopathic medicine experienced significant improvement in nasal inspiratory flow comparable with the improvement typically experienced by patients given steroidal drugs…without side effects!

Following in the footsteps of the above research, a 4-week, double-blind clinical trial comparing homeopathic preparations with placebo was conducted in the Phoenix metropolitan area during the regional allergy season from February to May. [8] The treatment group was given a homeopathic preparation (6X) of common allergens in the Southwest region of the U.S. Participants included 40 men and women, 26-63 years of age, diagnosed with moderate to severe seasonal allergic rhinitis symptoms.

In addition to the above research, a group of German researchers conducted annual controlled clinical trials using a single homeopathic medicine (Galphima glauca) on over 1,000 hay fever subjects. The last six clinical trials were randomized, double-blind, and placebo-controlled. These studies consistently showed benefits from this homeopathic treatment as compared with those patients given a placebo. [9]

It should be acknowledged that not all research has confirmed success in the treatment of respiratory allergies using homeopathic medicines.  For instance, one study tested homeopathic doses of birch trees to treat people with birch tree allergies, but such treatment was not any more effective than a placebo. [10]

1) Follow the studies of the Glasgow researchers and use conventional allergy testing to determine to what you are allergic and then take the 30C dose of this substance  (these products are available through select homeopathic pharmacies).

3) People with hay fever could consider taking Galphimia glauca 3X, 4X, 4C, or 6C as long as hay fever symptoms persist, or use a homeopathic combination remedy in which this remedy is an ingredient.

4) People with allergies could consider prescribing an individualized single homeopathic medicine as recommended in various homeopathic acute care guidebooks. [11] Individualizing a homeopathic medicine to a specific person and his/her unique syndrome of symptoms is the preferred method of “classical homeopathy” and has a long-time history of significant success.

Generally, these treatment options provide safe and effective care for patients suffering from respiratory allergies, but it is uncertain how long-term the therapeutic benefits will last. It may be necessary to refer the patient to a professional homeopath who will prescribe a homeopathic constitutional medicine that is, a remedy that is highly individualized to the patient genetic makeup, personal health history, and totality of physical and psychological symptoms. Clinical experience commonly observes more long-term results.

Future blogs will discuss more clinical research, some modern theories about how and why homeopathic medicines work. I also plan to discuss why so many of the most respected cultural heroes since the early 19th century have used and/or advocated for homeopathy, including 11 U.S. Presidents, two British prime ministers, six popes, and many of the most respected physicians, scientists, literary greats, corporate leaders, heads of state, sports superstars, musical and artistic geniuses, women’s rights leaders, and clergy of the past 200 years.

[1] Allergy and Asthma Foundation of America Dana Ullman, MPH, is America’s leading spokesperson for homeopathy and is the founder of Homeopathic.com He is the author of 10 books, including his bestseller, Everybody’s Guide To Homeopathic Medicines His most recent book is, The Homeopathic Revolution: Why Famous People and Cultural Heroes Choose. Dana lives, practices, and writes from Berkeley, California.