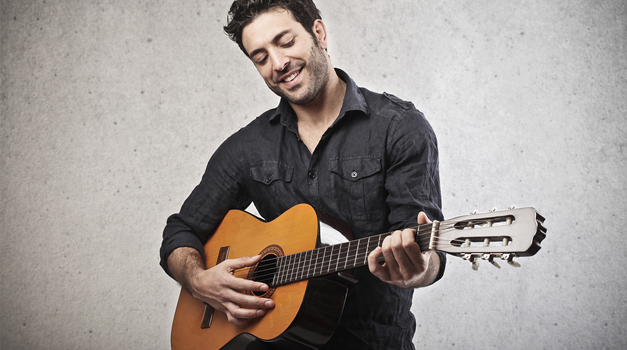 Rob was the lead guitarist of a local band. At age twenty, he noticed that his joints were becoming painful and stiff, a condition that would not go away. Occasional doses of anti-inflammatory drugs turned into daily doses. A visit to the doctor ensued where he was diagnosed with rheumatoid arthritis. The rheumatologist tried gold injections and recommended stronger NSAIDS. Two years later, Rob’s arm was merely hanging down from the disability and he could no longer play his guitar.

Around this time, a new acquaintance told him about homeopathy. After the initial consultation, the homeopathic practitioner recommended a remedy called Arsenicum album that was to be taken daily in water with drops under the tongue. He took it for a month with only minimal improvement. On the next visit, his homeopath changed the prescription and after taking the new medicine, Rhus toxicodendron, Rob noticed immediate improvement. He felt better overall and needed less ibuprofen and other anti-inflammatory drugs (NSAIDS). Gradually, he noticed that he could lift his arm and even started playing his guitar again.

Soon he was off all conventional treatment. After taking the remedy for seven months in increasing potencies, he was now back to playing in the band. He continued the treatment for a few more months and then his homeopath suggested he could stop treatment.

At each consultation, the homeopathic practitioner carefully records the patient’s symptoms and searches for a drug with a similar description. Since there are several thousand tested drugs to select from, most homeopaths use a computer program to narrow down the selection of the proper remedy. The selection is based on all of the symptoms exhibited by the patient, not merely the standard symptoms of the disorder, such as the non-specific symptom of “joint pains” or “inflammation.” Subtle distinctions like “worse in warm weather” or “avoids physical contact” or “better from hard pressure” must be taken into consideration.  Homeopaths also assess the patient’s mental and emotional disposition. With so many remedies having comparable symptoms, homeopaths may not always find the best remedy with the first try. Sometimes more than one remedy may be needed to complete a cure.

Rob’s homeopath first selected Arsenicum because Rob was highly anxious and restless, he was worse from cold weather and had a number of other symptoms that are known to be associated with the remedy Arsenicum. The poison arsenic, when given in minute (very small) doses, produces an inflammatory condition of the joints with a syndrome very similar to his. However, when Arsenicum did not yield the desired results, the practitioner questioned the patient further.

Narrowing It Down to the Right Choice

Rob now revealed to her that he was worse from wet weather, and it had become clear to him that he was always the stiffest on first movement. She selected Rhus toxicodendron next. This remedy is made from Poison ivy, a plant that is well known for the itching dermatitis it can cause. However, it also produces stiffness and joint pain that is worse from cold, wet weather.  In addition, it also produces tremendous restlessness in some people. In Rob’s case, this drug fit the bill.

Homeopaths may even use the potentized (see homeopathy – gentle medicine for natural healing) allergen to treat for the symptoms of an allergy. For example, the drug Rhus toxicodendron may be used to treat for Poison ivy-induced allergic dermatitis. Other allergens such a Ragweed and Jack-in-the pulpit are an important part of the repertoire of every homeopath in the treatment of hay fever.

Another well known substance that can cause an inflammatory condition of the joints is the venom of the honey bee. Homeopaths use the whole honey bee as a remedy by the name Apis mellifica. The symptoms of Apis are worse from warmth, the joints are swollen, rosy red, and puffy looking.  If the symptoms of the case fit those of Apis, this remedy likely will yield the best results. However, there are more than fifty remedies that cover the symptoms of rheumatoid arthritis!  homeopathy for rheumatoid arthritis

This last remedy (Apis) should not be confused with an alternative treatment for rheumatoid arthritis that uses actual bee stings in an attempt to cure it. While bee sting treatment may constitute a crude form of a homeopathic effect, it can also be quite painful and dangerous, especially when a patient is allergic or sensitive to bee stings. Homeopathic remedies, when given in the proper dose, are harmless – even in allergic patients -because the homeopath uses them in a potency that causes no adverse effects and can tailor the dose to the individual’s sensitivities.

Following Up with Rob

Twelve years later, Rob had another flare up of rheumatic symptoms. This time, instead of using pain suppressive drugs like NSAIDS or COX2-inhibitors, he went back to his homeopath who, after taking his symptoms, prescribed the same remedy as before, Rhus toxicodendron and within several weeks, all symptoms had disappeared – never to have returned – even twenty five years later!

The “proof of a remedy is in the pudding.” The remedy that causes significant alleviation of symptoms is likely to improve the condition permanently. In Rob’s case, homeopathic treatment with the proper remedy did cause lasting improvement and eventually, a complete recovery.

Rob’s story is not unique and any homeopath you meet can tell you 100’s if not 1000’s of similar stories of healing! Thinking about trying homeopathy for your conditions? Use a professional: contact your local homeopath or find one to work with you over the phone. This cost effective form of medicine is suitable for people of all ages and in most conditions you can think of! Small doses can bring large results!