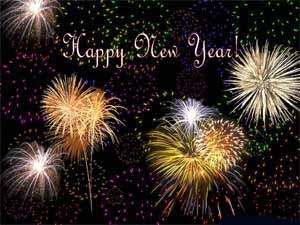 In May 1987, I flew into Los Angeles and took the bus north to one of California’s most beautiful, picturesque towns. Before I boarded the bus, I stopped at a nearby convenience store and to my surprise, found the shelves empty. Later that day, my host explained that everyone in LA was fleeing to the mountains. Didn’t I know that Nostradamus had predicted a horrific earthquake that day? 90% of the population of LA was buying up blankets, non-perishables, milk, eggs, etc. and had left town.

In December 1999, many, including myself, were anxiously waiting the stroke of midnight – the dawn of the new millennium. A catastrophic computer failure had been predicted.

Perhaps less well known, in May 2001, a cataclysmic planet alignment was to occur – similar to the one leading to the extinction of the wooly mammoth and the dinosaurs.

Then came the widely predicted end of the world – after all the Mayan calendar was coming to an end on the winter solstice of December, 2012. This time, I made sure that I first watched the movie by that name (2012). My terror was complete!

As usual, nothing happened.

As we are about to enter the new year, many are doing so with trepidation. Not a day passes without bad news in the media. And how often is good news ever “news worthy”?

I invite you to begin this new year without fear.  Put down the newspaper, turn off the TV, ditch your cell phone…

Remember the lilies in the field – how they toil not, yet are perfectly provided for.

We wish you a safe, healthy, and happy New Year.