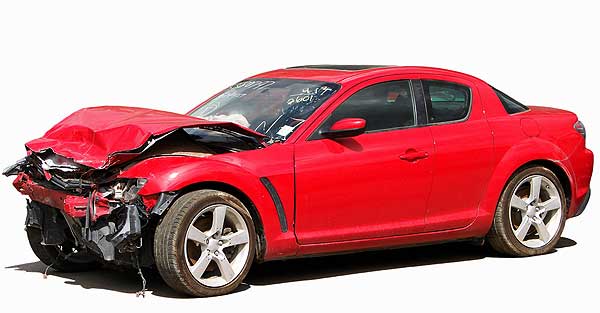 One of my clients called very concerned about her parents. They had been involved in a terrible car accident. Although they had not been hurt, not even a scratch, they were suffering from emotional trauma from the experience. I did not have a chance to talk to them directly. But my client got their symptoms as best as she could and related them to me over the phone.

Her mother had been crying incessantly day and night. They both had been without sleep for five days. Her father had also cried when he told the story of the wreck. He had lost his appetite completely and was nervous and jumpy. He felt unable to cope and also complained of a headache that caused him to vomit. They were both fearful and did not dare to get into their car to drive. They felt like their life had been destroyed by the event.

First, I reviewed the physical facts of the accident. The driver of the other car was a young woman who had caused the accident. She had been talking on her cell phone and ran into them as they drove through an intersection. She clipped the edge of their front fender, drove down an embankment at full speed whereby her car turned over. She was badly injured, trapped in her car and screaming with pain. My client’s father tried to help but was unable to get the girl out of the car. He had no choice but to wait for the medics and fire department to use a welding torch to free her. She died on the way to the hospital. Even with their lack of physical injury, the emotional shock had taken its toll on the couple.

I considered the following remedies: Arnica as it is a wonderful remedy for right after an accident, especially if there is shock from physical causes. Emotional shock and fright is often helped by Aconite. However, this was a different situation. It had been several days since the accident and it was the emotions caused by the event that were the source of their trouble.

I decided that Ignatia amara was a good choice for this situation. Ignatia is well suited for ailments resulting from grief, fright and worry – all of which this couple had endured as a result of this accident.

According to the daughter, after a few doses of Ignatia amara in water in the 200C potency, the couple were at ease again and able to sleep through the night.