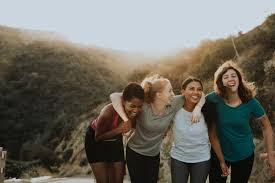 “At present, there is no reliable evidence from large randomised trials to support screening mammography programmes” —Richard Horton, Editor, The Lancet

I have been asked many times by my clients how I felt about the subject of annual mammograms. I often point to the above extraordinary 2002 remark by the chief editor of one of the world’s most influential medical journals, The Lancet. Gynecologists still strongly urge women patients to have annual mammograms, there is still no reliable evidence that supports the widespread practice of mammograms. And women are rarely told about the risks and the scientific findings that have called routine x-ray screenings into question.

John W. Gofman, MD, PhD, one of the world’s leading experts on radiation medicine, in his 1996 book, presented exhaustive data on radiation exposure of women from mammography screenings, and showed that 75% percent of breast cancers are the result of repeated mammography! He also said 83% of all other cancers were caused by mammograms. If professor Gofman was right, simply refraining from mammography would go a long way to potentially prevent cancers of all kinds.

Fortunately, you can avoid this radiation altogether by using alternative methods of cancer screening such as thermograms that carry none of the risks of breast x-rays and may even be more effective. And in case you were exposed, there is a safe and effective treatment for the harmful effects of x-rays as confirmed by scientific studies. It is the tautopathic and homeopathic clearing method. If any of this sounds familiar, distress your body and help moving toward recovery.

On behalf of our wonderful staff at Homeopathic Associates, I wish your health and happiness,

“I recovered from the C virus, and then a month or two later I noticed a bruise on my upper arm. Odd, I thought, I don’t remember hitting my arm against anything.  Due to some hives that popped up, the itching I had done left bruises the size of my opened hand!  And these bruises were not going away.  The one on my arm had been there for 3 whole months before I spoke with Manfred.

He said it sounded like I needed the spike protein clearing remedy.  During that conversation it somehow came up that I had been feeling VERY overwhelmed.  I felt stuck in this funk, and I couldn’t bring myself to do simple daily tasks.  He said this was a trend he noticed in those exposed to the C vaccine shedding.

I was ready and waiting when my remedy arrived.  I took the remedy, and in 24 hours I noticed my breathing improved. I had some leftover shortness of breath that had gone away after being sick, and then reappeared a couple months later.  By 48 hours my breathing was totally normal. By day 5 all of my numerous bruises were either cleared up, or on their way to being gone.  I don’t remember which day I noticed my energy come back and I no longer felt overwhelmed. I was too busy LIVING life again to notice the days!

So thankful for Manfred and homeopathy!!”