Eight Darn Good Reasons Not to Get the Flu Shot 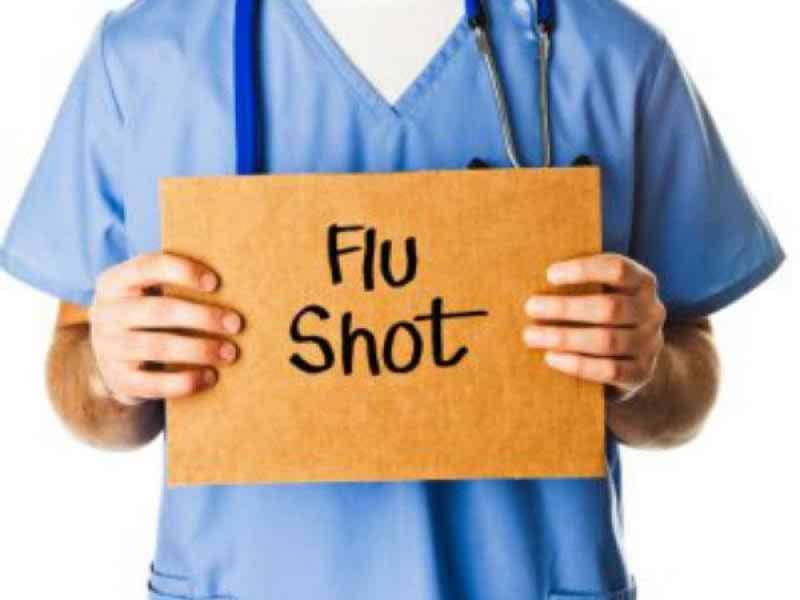 8 Darn Good Reasons Not to Get the Flu Shot

Are you thinking about getting the flu shot vaccine?

Every year the mainstream media war drum beats for you to get vaccinated against the flu. They rarely discuss anything but the benefits of the vaccine.

Maybe it is because many people are already skeptical about the flu vaccine.

I’m going to be very up front with you here. You rarely hear about the adverse reactions or about the toxic chemicals being injected into you. My goal is to get you to investigate slu shot vaccines more closely. Here are eight reasons to question the flu shot.

A common urban myth is that the mercury has been taken out of vaccines. This is not true.

Keep in mind you are being told conflicting stories.

After parents and scientists discovered that mercury was present in the vaccines, they had concerns about the substance causing neurological problems in children.

Organizations such as the American Academy of Pediatrics and the Centers for Disease Control have told you mercury in the vaccines isn’t bad for us, but as a precaution, it will be taken out of the vaccines.

Now the same organizations are telling parents if mercury isn’t kept it in the vaccines, millions will suffer. Why? Removing the mercury from vaccines would cause a major disruption in the manufacturing and supply of vaccines.[2]

Here are three important quotes from the Simpsonwood Document:

“Forgive this personal comment, but I got called out at eight o’clock for an emergency call and my daughter-in-law delivered a son by c-section. Our first male in the line of the next generation and I do not want that grandson to get a Thimerosal containing vaccine until we know better what is going on. It will probably take a long time. In the meantime, and I know there are probably implications for this internationally, but in the meanwhile I think I want that grandson to only be given Thimerosal-free vaccines.” – Dr. Robert Johnson, Immunologist, University of Colorado, Simpsonwood, GA, June 7, 2000

“But there is now the point at which the research results have to be handled, and even if this committee decides that there is no association and that information gets out, the work has been done and through the freedom of information that will be taken by others and will be used in other ways beyond the control of this group. And I am very concerned about that as I suspect that it is already too late to do anything regardless of any professional body and what they say…My mandate as I sit here in this group is to make sure at the end of the day that 100,000,000 are immunized with DTP, Hepatitis B and if possible Hib, this year, next year and for many years to come, and that will have to be with thimerosal containing vaccines unless a miracle occurs and an alternative is found quickly and is tried and found to be safe.” – Dr. John Clements, World Health Organization, Simpsonwood, GA, June 7, 2000 [3]

We at VacTruth encourage you to investigate what is being injected into your child.

Speaking of mercury being unsafe — if you’re pregnant, beware of doctors using aggressive fear tactics pushing you to get vaccinated. Here’s why…

On September 27, 2012, the Human and Environmental Toxicology Journal (HET) published a study by Dr. Gary Goldman reporting a 4,250 percent increase in the number of miscarriages and stillbirths reported to VAERS in the 2009/2010 flu season. [4]

That year the Centers for Disease Control (CDC) had recommended the double-dosing pregnant mothers with two flu shots spiked with mercury.

In his abstract, Goldman said:

“The aim of this study was to compare the number of inactivated-influenza vaccine–related spontaneous abortion and stillbirth (SB) reports in the Vaccine Adverse Event Reporting System (VAERS) database during three consecutive flu seasons beginning 2008/2009 and assess the relative fetal death reports associated with the two-vaccine 2009/2010 season.” [4]

How can injecting these filthy vaccines into pregnant mothers be remotely safe?

Do you recall the vaccine-frenzied media telling us to get our flu shots during the H1N1 pandemic? What they didn’t tell you are the possible long-term side effects of those vaccines that are now being revealed.

Recent news about the flu vaccine suspects one of the experimental vaccines causing narcolepsy in about 800 European children. [5]

Specifically, two studies in Finland directly point the finger at the vaccine. [6, 7]

The conclusion of one study states:

“We observed a 17-fold increase in the annual incidence of narcolepsy in 2010 as compared to previous years in children aged under 17 years of age. A common feature in the history of our 54 newly diagnosed childhood narcoleptic patients was that 50 children had received an adjuvanted pandemic influenza vaccine (Pandemrix) within 8 months before the onset of symptoms. In most cases, the development of symptoms was fast. We consider it likely that Pandemrix vaccination contributed to the increased incidence of narcolepsy in Finland…” [7]

The children’s misfortune is they now have to deal with an illness that all but destroys their once normal life. Do you think the pharmaceutical companies will take any responsibility?

I’m not sure about other countries, but in the United States, if your child is harmed by a vaccine, there is little action you can take legally.

The 1986 National Childhood Vaccine Injury Act was passed was to protect pharmaceutical companies from anyone claiming a vaccine injured their child. Under this law, no parent can sue a vaccine manufacturer. [8]

If you decide to vaccinate your children, you do so at your own risk. No vaccine manufacturer is liable for your child’s vaccine-related injury or death from a recommended vaccine, regardless if the FDA or CDC helped get an untested flu vaccine approved.

REASON #5: IF YOU GET VACCINATED, YOU SHED THE VIRUS

If getting injected with neurotoxins or suffering from narcolepsy isn’t enough, expect to shed the flu virus and likely infect others if you decide to get the nasal spray vaccine.

Information from the Centers for Disease Control website indicates “that both children and adults vaccinated with live-attenuated influenza vaccine (LAIV) can shed vaccine viruses after vaccination, although in lower amounts than occur typically with shedding of wild-type influenza viruses.” [9]

In one study of children in a daycare setting, 80% of vaccine recipients shed one or more virus strains for an average of 7.5 days. [9]

This might be a shock to you – if you investigate the vaccine carefully enough, you’ll discover that getting vaccinated can actually predispose you to getting the flu!

One particular study surprised researchers when they discovered “a significant positive association between the seasonal influenza vaccine and lab confirmed pH1N1 was observed.” [10]

As anecdotal evidence, you may or may not have seen what happened to television host Piers Morgan. If you didn’t, here is the condensed version.

Piers Morgan went on the Dr. Oz television show to get injected with the toxic flu vaccine in front of a live audience. Days later he came down with the flu. [11]

Did the flu vaccine cause him to get the flu? You can decide for yourself on this one.

REASON #7: EVERY YEAR THE EXPERTS GUESS

Do you know how the flu strain is picked to put into the vaccine every year? The “experts” guess.

Every year, the influenza viruses in the seasonal flu vaccine are selected through calculations about what flu viruses are most likely to cause illness in the coming season. The FDA, acting in concert with the CDC, decides what vaccine strains for influenza vaccines to be sold in the U.S. [12]

What happens if the virus mutates or the “experts” guess incorrectly? Please see Reason #1…

REASON #8: THE CENTERS FOR DISEASE CONTROL’S RECIPE FOR GENERATING FEAR

Many people believe the Centers for Disease Control is beyond using propaganda ploys. You might get a different impression from the information I’m about to share with you. It may seem as if the CDC fears you into getting vaccinated, much like doctors do.

What do I mean and where is this recipe?

Some years ago, the associate director for communications for the national immunization program, Glen Nowak, made a presentation entitled Planning for the 2004-05 Influenza Vaccination Season: A Communication Situation Analysis.

I am going to include the entire “recipe” so you can see the complexity of the propaganda being regularly used on you to get vaccinated.

The slide on page 27 of the presentation reads:

“Recipe” that Fosters Higher Interest and Demand for Influenza Vaccine

2. Dominant strain and/or initial cases of disease are:

–Associated with severe illness and/or outcomes

–Occur among people for whom influenza is not generally perceived to cause serious complications (e.g., children, healthy adults, healthy seniors)

A. Significant media interest and attention

B. Framing of the flu season in terms that motivate behavior (e.g., as “very severe,” “more severe than last or past years,” “deadly”)

C. Continued reports (e.g., from health officials and media) that influenza is causing severe illness and/or affecting lots of people–helping foster the perception that many people are susceptible to a bad case of influenza.

6. Visible/tangible examples of the seriousness of the illness (e.g., pictures of children, families of those affected coming forward) and people getting vaccinated (the first to motivate, the latter to reinforce)

7. References to, and discussions, of pandemic influenza– along with continued reference to the importance of vaccination.” [13]

The message is extremely familiar. You see it played out every year on the news channels. To be clear, what you just read is a recipe to sell more of Big Pharma’s toxic vaccines.