Epidemic Of Fever Phobia: The Facts On Why Fever Is Your Friend 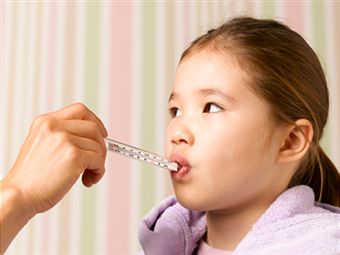 Health and medical journalists are not presently providing the public with what might be the most important health advice that they should be given during the flu season:   people with the flu should avoid taking fever-reducing drugs, such as aspirin or acetaminophen (aka TylenolTM), except in rare situations.

It is widely recognized that fever is a vital defense of the body in its efforts to fight infection. A fever enables the body to increase its production of interferon, an important antiviral substance that is critical for fighting infection. Fever also increases white blood cell mobility and activity, which are instrumental factors in fighting infection. Jane Brody, a long-time respected health columnist for the New York Times, reported back in 1982 on the healing benefits of fever. She noted, a number of physicians, including pediatricians, are now suggesting that moderate fevers be allowed to run their course, for they may shorten the illness, potentiate the action of antibiotics and reduce the chances of spreading the infection to others. 1

Recognition that fever is beneficial has been known for more than 2,000 years, and historically, the healing benefits of fever are so substantial that many patients have actually been treated with ”fever therapy” to aid their recovery from such ailments as cancer, syphilis, tuberculosis and even mania.2 3 However, in the 1800’s, aspirin compounds that rapidly reduced fevers became commercially available, and the medical view of fever changed dramatically. Since the mid-1800s, drug companies have successfully convinced conventional physicians and the general public to become vigilant in bringing down fevers, even sometimes using such drastic measures as cold baths and alcohol rubs along with aspirin.

In reference to the flu and fever, the bottom line is that it makes little sense to aggressively suppress the body’s natural defenses against viral infection. There are, of course, some exceptions here. For instance, it may make sense to seek medical care if one’s fever is above 104 degrees for over six hours or in any fever in an infant under four months of age.

“Fever phobia” is so rampant that many usually intelligent people, including physicians and medical reporters, forget what they know about the inherent defenses of the body when they become sick.

On September 23, Sanjay Gupta, MD, CNN’s chief medical correspondent, described his own experience in getting the H1NI flu while reporting from Afghanistan.4 Although Dr. Gupta reported that he experienced a “high fever,” he never gave specifics, but it is unlikely that over 104 degrees.  The fact that Dr. Gupta was away from home and in war zone probably led him to want some relief of his fever, and because of this, he choose to take Tylenol.  However, he certainly didn’t help himself by taking this drug to suppress his fever.

It is therefore no wonder that he became the sickest he has ever become.  Taking drugs that suppress fever disables the body’s own defenses in fighting infection.  It is akin to unscrewing the warning oil pressure light in your car as a way to get rid of that irritating red signal.  Such “treatment” is not curative, and in fact, it can lead to much more serious problems.

Ironically, the word “symptom” derives from the words “sign” or “signal” …and just turning “off” a sign or signal is simply not smart, even if double-blind studies show that unscrewing the warning bulb is “effective” in turning the light off.

Ultimately, Dr. Gupta missed a great opportunity to educate the public about not taking fever-reducing drugs, except in certain extreme fevers.  Perhaps this article will “light a fire” underneath him to do so.

In a 2007 survey of Australian parents published in a pediatrics journal, a shocking 91% of parents used fever-suppressing drugs in the treatment of their children’s fever.  Even more startling is the fact that this survey found that the medications were refused or spat out by the child in 44% of the cases, and yet, 62.4 of the parents actually used force to get their child to take these drugs, using different methods of ingestion (29.5%) or by using a suppository (20.8%). 5

It is interesting to note that children tend to have an inherent fear of doctors, and this fear may not simply be the result of getting injections from them.  This fear may be an instinctual fear that what doctors offer them may not really be good for them, despite the seemingly short-term benefits of many drugs.  It may be time for us to listen to our children.

Serious Problems from Aspirin and Acetaminophen

Many people minimize the problems from these common drugs, but do so at their own and their family’s peril.

Children who get a viral infection and are given aspirin can lead to Reye’s syndrome, a serious neurological condition that can cause death.  Aspirin is also known to thin the blood and increase the chances of various bleeding disorders.  Its use more or less doubles the risk of a severe gastrointestinal event, which in most cases can lead to hospitalization. Lower doses that people take to reduce heart problems only seem to decrease these risks by a small amount.

Many people take acetaminophen because it is not associated with increased bleeding.  However, the general public is usually not aware of the fact that poison control centers in the US receive more calls as a result of an overdose of this drug than any other drug.6  This same problem exists in the United Kingdom, Australia and New Zealand.  Most commonly, overdoses of acetaminophen can lead to acute liver failure.  In children, it has been associated with increased asthma and eczema symptoms.

Safer Solutions for the Flu…

Instead of using conventional drugs that suppress fevers or that inhibit other important defenses of the body, it makes more sense to use some type of natural medicines that mimic and augment the wisdom of the body.

Homeopathic medicines are my own favorite method to augment the body’s own defenses so that they can more effectively heal themselves from various ailments, including the flu.  Because of the similarity between the 1918 flu and the H1N1 flu, it may be helpful to reference homeopathy’s impressive successes in treating people during the 1918 flu.7  The death rates in the homeopathic hospitals in the US were only around 1%, while the death rates in conventional hospitals were closer to 30%.  Another important fact from that era is that New York City had the lowest mortality rate during the 1918 flu than any city in the U.S., and this impressive statistic is primarily due to the fact that this city’s health commissioner at that time was Royal Copeland, MD, a renowned homeopathic physician, who later became a thrice-elected U.S. Senator (Franklin D. Roosevelt was even his campaign manager during his first election as senator).8  Copeland asserted, “There can be no doubt that the superiority of homeopathy in a purely medical condition is just as great as it was fifty years ago.”

One of today’s most popular homeopathic medicines for the flu is the popular Oscillococcinum, a medicine that has been used by homeopaths since the 1920s.  There have been four controlled studies that have shown that this medicine is effective in reducing the symptoms of influenza as compared with those people given a placebo.9

The effectiveness of another homeopathic remedy, called Gripp-Heel, was compared with that of conventional treatments in a prospective, observational cohort study in 485 patients with mild viral infections and symptoms such as fever, headache, muscle pain, cough or sore throat.10  As evaluated by the practitioners, 67.9% of patients were considered asymptomatic at the end of Gripp-Heel therapy vs. 47.9% of patients in the control group. Practitioners judged homeopathic treatments as ‘successful’ in 78.1% of cases vs. 52.2% for conventional therapies. Tolerability and compliance were ‘very good’ given for 88.9% of patients in the homoeopathic group vs. 38.8% in the conventional treatment group.

The above homeopathic medicines are primarily helpful during the first 48 hours of onset of the flu.  Other homeopathic medicines to consider during this time and afterwards include:  Gelsemium, Bryonia, Ipecacuanha, Arsenicum album, Eupatorium perf., Rhus toxicodendron, and Baptisia (homeopathic medicines are traditionally listed by their Latin names so that consumers and doctors will know the precise plant, mineral, or animal species of every medicine).  Each of these medicines has a history of efficacy in homeopathic doses for treating the specific syndrome of symptoms that each has been found to cause when given experimentally in overdose to healthy people.  To determine the details of each of these medicines, please consult a homeopathic guidebook, such as Everybody’s Guide to Homeopathic Medicines by Stephen Cummings, MD, and Dana Ullman, MPH or the Complete Homeopathic Resource for Common Illnesses, by Dennis Chernin, MD, MPH.

This Blogger’s Books from

Homeopathic Medicine for Children and Infants
by Dana Ullman