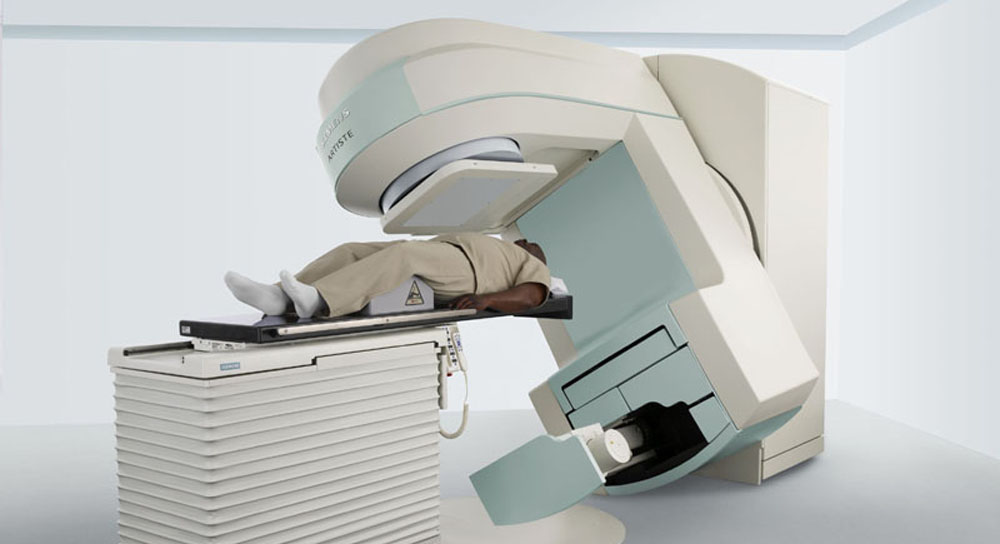 This article is excerpted from a series by Don Benjamin, a retired electrical engineer, experimental scientist, health, safety and environment consultant and founder of the Cancer Information & Support Society in Sydney – CISS.

There has never been a properly run randomized trial that showed that radiotherapy saved any lives or even produced a significant increase in survival for any type of cancer. Radiotherapy can reduce the rate of recurrence, but has never been found to increase overall survival. In rare cases radiotherapy can extend life for a while by shrinking a tumour that is threatening a vital organ.

In contrast to this there is quite a lot of good evidence suggesting that it does more harm than good.

1.   For example a 1993 US study of the deaths of 470,000 cancer patients found that about 27% of those who didn’t die from their cancer had died from their conventional cancer treatment that had mainly damaged the heart and respiratory system (mainly radiotherapy and chemotherapy)1. The authors of this study attributed the deaths to treatment because most of the extra deaths occurred in the year just after diagnosis.

2.   A review of randomized trials of radiotherapy for breast cancer showed that it increased mortality, mainly from damage to the heart and respiratory system2,3.

3.   A review of randomized trials of radiotherapy following surgery for early breast cancer showed that overall survival was not affected, with the reduction in deaths from breast cancer being accompanied by an equal increase in death from other causes due to the radiotherapy4.

5.   A review of randomized trials evaluating the effect of mammograms showed that although overall survival was not affected by treatment, the treatment had resulted in women who would have died of breast cancer instead dying of other causes, mainly ischemic heart damage and respiratory failure, probably due to the post-operative radiotherapy6.

6.   An analysis was carried out over a 20-year period of the mortality of 960 Swedish operable breast cancer patients randomized to preoperative radiation therapy, postoperative radiotherapy or surgery alone between 1971 and 1976.  The study analyzed the number of myocardial infarctions (heart attacks), deaths from cardiovascular disease and ischaemic heart disease and correlated these factors against dosage of radiotherapy received by the heart.

Because the higher radiation dose caused increased cardiovascular and ischaemic heart disease deaths but not increased heart attacks overall, the authors concluded that the mechanism of damage was radiation-induced microvascular damage to the heart.

7.   An analysis of trials comparing survival after adjuvant radiotherapy plus surgery with surgery alone for colorectal cancer showed that there was no significant overall improvement of survival from radiotherapy compared with surgery alone. As with the breast cancer case in item 3 above, the reduction in deaths from colorectal cancer was accompanied by a comparable increase in deaths from other causes8,9.

… The National Strategic Plan for Radiation Oncology makes the simple statement that “radiation treatment is a proven, cost effective treatment for cancer”11. To substantiate this claim it cites a Swedish Report that states that “radiotherapy is effective as a curative treatment of many cancers”12. The Swedish report in turn does not cite results from randomized trials. Instead it admits that the claims of efficacy of radiotherapy are not based on results from randomized trials but on clinical experience.

For example in the section called “What is Radiotherapy and Does it Work it states that “there is no question that radiotherapy works, in the sense that it kills cancer cells…It can cure many different types of cancer…” It does not define “curative” but it is clear from the context of the Study that the word cure refers to the ability of radiotherapy to eliminate all cancer cells in small tumours and radiosensitive tumour. This assumes that the tumour is the disease. This does not refer to increased survival and there is no evidence presented in that Swedish Report than any such treatment is curative. The meaning of “cure” in this context can be gauged from the statement that “of all patients cured of cancer, the majority is cured by surgery alone (around 60%). For this statement it refers to a study by Tobias and Tattersal13,14. Yet there is no evidence from any randomized trials that surgery has any effect on survival for any type of cancer. So this definition of cure is based on the ability to remove the tumour and the patient surviving a minimum of 5 years. This does not mean any reduction in mortality has been achieved. The Swedish Report also states that Radiotherapy plays a curative role in the treatment of about 30-40% of patients, either as a sole agent, or as part of combined therapy15.

To justify why effectiveness has not been proven the Swedish Report states that “in all of medicine including radiotherapy, however, it is quite difficult and often impossible to organize randomized trials. One problem is that many techniques used in radiotherapy are considered clinically effective based on clinical experience, so withholding them from a patient to evaluate their scientific merit may be considered unethical…. For these and other reasons, other types of controlled prospective studies are more common than randomized trials…. Although the results of these types of studies are considered less valid and reliable than the results of randomized clinical trials, they may still provide valuable information on effectiveness.”

It is important that the principles of evidence-based medicine be applied to all such claims for funds. The Inquiry you refer to should start off which an investigation of why 35% of cancer patients are being given radiotherapy with no proven survival benefits rather than fewer than 5% who are likely to have their life extended temporarily by shrinking a tumour that is threatening a vital organ such as the bowel or brain.

by Don Benjamin, http://www.ciss.org.au
Twenty-five years ago I helped to found a charity called the Cancer Information & Support Society in Sydney. As a scientist I was asked to evaluate alternative cancer therapies. To do this I had to compare their results with those of orthodox therapies. When I tried to evaluate orthodox therapies I got a surprise. Surgery had never been evaluated in a randomised trial; radiotherapy had not been shown to extend survival; and chemotherapy extended survival in only about 3% of cancers. At the suggestion of a British Consultant Physician who agreed with most of what I had discovered, I published my findings on cancer surgery in Medical Hypotheses in 1993. When it was later claimed that mammograms saved lives by enabling earlier surgical intervention I concluded that either this claim was wrong or my findings on the inefficacy of cancer surgery must have been wrong. I therefore evaluated the mammogram trials and found they did not affect overall survival. I published my findings in Medical Hypotheses 1996. My findings were confirmed in 2001 by the Danish Cochrane Group who specialize in evidence based medicine.

I subsequently reviewed randomized trials evaluating the survival benefits of radiotherapy and found the same thing. No properly run randomized trials had confirmed that radiotherapy resulted in a significant reduction of mortality or increased survival. Results only showed it could produce a significant (up to 70%) reduction in recurrence of tumours. As with my earlier findings with mammography, reduction in cancer mortality after radiotherapy was invariably accompanied by a comparable increase in deaths from other causes, presumably as a result of the harm from the radiotherapy. Clearly if reduction of recurrence was rarely if ever accompanied by increased survival the paradigm must be wrong.

When I looked at chemotherapy I found that Ulrich Abel had already reviewed randomized trials of chemotherapy. He found significant benefits with only a small number of fairly rare solid tumours. And for these the survival benefits were in terms of weeks or months rather than years.

I confirmed that chemotherapy also increased survival with acute childhood leukemia (ALL) and some lymphomas but this had not been confirmed in randomized trials. The benefits however in the case of ALL was very large and unlikely to be due to poor methodology.

When I evaluated hormone therapy I found several examples where it produced significant benefits in terms of increased survival.

I have not been able to identify a single example where orthodox therapies produce a cure for any type of cancer (using the standard medical definition of cure, not the misleading one of 5-year survival without symptoms).

Since then the limitations of orthodox cancer therapies have been confirmed by many international medical researchers. I list them as references in a recent submission I wrote to the Australian Senate Inquiry into services and treatment options for person with cancer. See submission No. 15 at http://www.aph.gov.au/senate/committee/clac_ctte/cancer/submissions/sublist.htm

In that submission I suggested that perhaps 3% of cancers were helped by orthodox therapies removing or shrinking tumours that were obstructing or otherwise threatening vital organs; another 3% were helped by chemotherapy.

In January 2005 I found that Wikipedia did not reflect the severe limitations of orthodox cancer therapies, but rather included only the viewpoints of those who don’t accept the findings of evidence based medicine. I tried to balance this situation by pointing out the lack of evidence for most orthodox interventions and some better results from using an alternative cancer paradigm that see cancer as a late stage in a process in which a major early contributory factor is an emotional trauma or a particular cancer prone personality. My contributions to Wikipedia were immediately blocked.