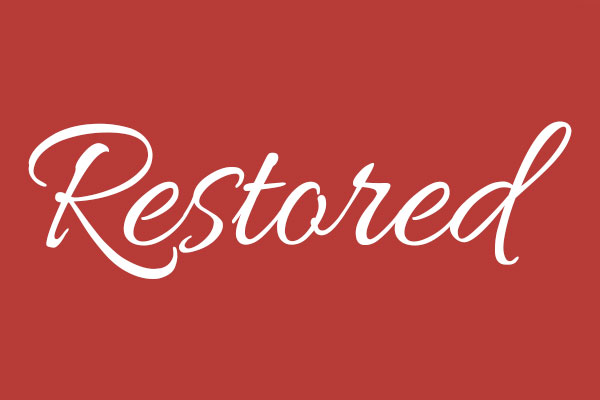 I woke up around 6am with such severe pain in my pinkie finger that I thought maybe it was broken. Not having any previous fall or injury, I was perplexed. Had I slept wrong on my arm? Did I have a bad dream and hit the wall? I had to work that day so I decided to tape my fingers together and head to work. By the end of my workday, my hand was very swollen and my arm had turned blue from about my elbow down. Worried, I called a friend and asked her If I could come over and have her look at me. Being someone who does not like modern medicine, I declined to go to the doctor. I went to bed thinking I would wake up the next morning and everything would be fine.

That night, I was restless. The pain was so severe that I just knew something wasn’t right. I tried laying on my back, my side and my stomach. I tried elevating and icing, nothing was helping. Ice actually had made it worse. The throbbing pain had gotten to the point where I couldn’t take it.

We decided to head to the ER.

Once there, they could tell immediately something was wrong. Blood clot or thrombosis? Pinched nerve? They were unsure. Here I sat for over 14 hours, worried, crying. I wondered if it was in fact a clot, could it travel up my arm and stop my heart? Unfortunately for me, that day was a busy one for the ER. I was told there were 45 people in the waiting room and more than 90 people who had been admitted in the last 24 hours. It was so crowded that I couldn’t get a private room so I was literally sitting on a stretcher in the hallway outside of a persons room who had overdosed on Heroin and was being resuscitated. More than once.

I knew given how many bloody people were around, I was going to be the last of their worries. I was four hours in and all they had done was give me shots for the pain. No answers and seemingly no concern about the fact I possibly had a blood clot that was causing me pain beyond a threshold I could handle and an entire blue arm/hand. By this time, I was sick to my stomach. I cant begin to explain the worry that had set in and the frustration for the lack of help I was getting.

Seven hours later, I finally was put in an ultrasound. They decided to not check my entire arm but only my neck and upper arm. I found this odd. I eventually was pocked, prodded, had different tests ran and was told they had no clue what was wrong. They thought maybe I had Ulnar Neuropathy. I was informed that they didn’t have a specialist who could see me that day so I was told I would need to leave and see someone the next day.

After paying a $300 copay to even step foot in to the place, I expressed my deep concern over the fact I was being told I had to leave with a blue arm and zero answers for anything.

I was promised by the ER Dr. that she would call and make sure I got in somewhere the next day. Before leaving the ER I decided to call my Homeopathic practitioner. I spent about ten minutes on the phone and she gave me some ideas of Homeopathic Remedies I could take. On the way home, we stopped at the local Organic Grocery store and I took my first dose of the remedies.

Within two hours of taking these remedies, the pain started to subside and the blue color started to tone down. All through the night I kept taking the remedies and by the next day, felt so much better. Having concern still, I called the office of the specialist I was told I would get in to. They didn’t even have record of my name or anyone calling. Through back and forth phone calls with them and the ER and being told different information, I am a week out and still have never gotten a call from anyone to set up this supposed appointment. I have since called and made a compliant with both the ER and the specialist.

I know that I am not the only person who has spent THOUSANDS of dollars at an ER and walked away with empty promises and a bottle of pain meds to mask whatever real issue is going on. It is my deep rooted belief that If I had not called Mrs. Mueller that day, things could have turned bad for me. I am so grateful for her knowledge and dedication to stay on top of this with me. But it still makes me sick knowing that in the time it took for the ER staff to actually SEE me and FOCUS on my condition, that I could have already started to see relief in the pain by using homeopathic remedies. Now I’m sitting on an $8,000 ER bill. No joke.

I am still a little sore in my hand and have a little swelling but I am doing much better. Still no phone calls, follow ups, or concern from the offices or Dr.’s that I saw that day. I feel frustrated that this is the way we get treated and simply “take it” as though we can do nothing about it. I will be continuing to follow up with Manfred as I heal. I wanted to express this for other people who have gone through similar situations with no Manfred to help them! There is hope!