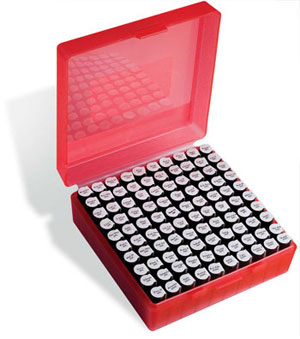 I was the office manager in Mr. Mueller’s practice for 5 years. During that time, I heard a lot of treatment related stories from our clients. These are three of my favorite ones illustrating why, sometimes, your remedies don’t work.

Clarice, 48, had complaints of anger, plantar fasciitis and pre-menopausal symptoms. She had been in treatment for 6 months and was progressing well and noticing substantial improvement while on homeopathic remedies. About 4 days before a routine 3 week follow- up consultation she called and reported, “Now, I don’t know what’s going on, but these remedies aren’t working this time. I’ve seen no improvement and I don’t know what’s wrong!”

“Well Clarice, this is strange, let me take a look at your chart.”

I pulled out her chart, and we began to go over her remedies. She confirmed that she had received all the ones I mentioned; she was on the correct potency and dose; she took them at the designated time; and we couldn’t detect any evidence of the bottles being antidoted or any new antidotal product being introduced into her

I said, “Clarice, I’m going to ask you something very stupid, but here it goes – did you add the pellets from the little envelopes to the bottles?”

She thought about it for a second, and then I heard a rustling of packaging and papers.

“OH MY GOSH! I never put the pellets into the bottles! I feel like an idiot.”

At the end an evening out with the family, I noticed our daughter Sophia, age 5, was becoming weepy and kept asking for hugs (if you know Sophia, you know this is unusual behavior for her!). Recognizing the symptoms of Pulsatilla, I gave her a dose despite being surrounded by cellphones which could shorten the duration of the action of the remedy. Now, I have my remedy box organized so that I can easily, by feel, reach into the box and grab what I need without looking and this comes in handy when out and about and when you are trying not to draw attention to what you are doing!
About 20 minutes later we left and although she was better, she was still not “right.” I figured she’d either need another dose or she was very tired. We got into the car for the 25 minute drive home and on the way we stopped at the store to pick up a few items. I stayed in the car with the children since our son Manny was already asleep.

At this point, Sophia was uncomfortable and complaining about her knee hurting and how she wanted to lay down and go to sleep (but her new car seat wasn’t allowing her to get comfortable). So I invited her to the front seat and gave her Pulsatilla again, but this time nothing happened. She kept complaining about her knee (a recurrent complaint) and I gave her a dose of Ledum, with no result. Both remedies have always worked in the past.

Meanwhile she was becoming more and more weepy and she soon became hysterical and said she couldn’t calm down nor stop crying. Thinking all the cellphones had created an obstacle to cure, I gave her a dose of Cellphone 30C and repeated the Ledum. Still no results.

By then, Manfred arrived back from the store and I told him the situation. He matter-of-factly recommended Pulsatilla.

This time I actually turned on the light and LOOKED into the box. To my consternation I discovered that I had been giving her Rhus toxicodendron thinking it was Pulsatilla! It had moved into the Pulsatilla spot in the box, and I hadn’t even noticed! Well, in less than 5 minutes she went from hysterical screaming to crying to whining softly to falling asleep!

Debbi, a veteran homeopathic client, called the other afternoon. Her seven year-old daughter Maggie had an acute earache. She had had an upper respiratory infection with a runny nose and fever for a day or two, which Debbi had handled successfully by giving Maggie the appropriate homeopathic remedies. However, tonight Maggie was developing intense pain in her right ear and Debbi was on the verge of taking her to the ER.

Maggie had had this problem twice over the past several years.  The first time she had throbbing pains worse from lying down, with blocked Eustachian tubes and thick sticky nasal discharge.  Alternating Bell. and Kali-bi. had stopped the pain and assured a speedy recovery. Two years later Maggie had another episode where she was beside her self with pain, again with sticky discharge, and this time, Kali-bi. and Cham. fit the case and had worked like a dream.

Tonight Debbi was frustrated. She had already tried three remedies, but to no avail. As I was noting down the detailed symptoms I asked if the pain was better or worse from warmth or from cold applications. She said, “It’s better from warmth. In fact, Maggie is sitting here with a heating pad over her ear.”

Okay, do you have the remedy EMF?

A heating pad produces significant EMF radiation. It will quickly antidote whatever remedy you give. You can give her a hot water bottle to hold on her ear. You are giving her the right remedies. Take away the heating pad and try them again. Give a dose every half hour and repotentize it after ten doses.

Debbi called back in the evening. She was calling to ask directions on how to potentize the 30C remedies to 31C so she could give them if needed again. I gave her the directions and asked how Maggie was doing.

“Oh, her pain is completely gone. I feel so bad not to remember the EMF exposure from the heating pad, as you have explained this to me many times before.”

For homeopathy to work you have to (a) actually give the remedy, (b) give the right remedy, and (c) refrain from antidoting it