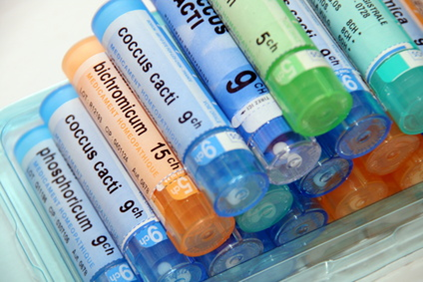 If we had a dollar for every time we’ve given, recommended or taken Arnica for a bruise, bump, car accident, shock, etc…or Hypericum for every nerve injury, smashed finger, whiplash, tailbone injury, etc…we’d be RICH!! We have countless stories from people using these remedies for home care and many times, avoiding emergency room and other costly doctor visits. Here are two intriguing stories:

“When my son was 8 months old, his father set him on the kitchen counter with his ‘behind’ as far back as possible to the wall, to ensure his safety. Well, my husband stepped to the side to grab an apple to prepare for him and the baby dove HEAD FIRST off the counter onto our Pergo floor!! Oh, my goodness, we were frantic. My husband had the rightness of mind to get the Arnica 30 C (which he had just dissolved in water the day before after slamming his shin into the new trailer hitch on the back of our car!) and held it under the baby’s nose. The color started to return in his face and he started laughing. A few minutes later, he began to get pale again and drowsy looking so we quickly succussed the bottle and let him sniff it again. This happened a few more times, but each time we were able to go longer between doses. After the 5 dose of Arnica, we gave him a dose of Hypericum 30 C since it is a great remedy for injuries to the spinal column (that includes concussions!). We saw further improvement after a few more doses of each remedy over the next 24 hours and by the 2nd day, there was no bruising and certainly no evidence trauma to the head! Phew!!!”  – EC, Durham, NC

“All of the sudden, a car speeding from the right crashed into a car 20 feet in front of me! I was in shock from the

sheer violence of the event I had just witnessed. Since I always travel with my homeopathic remedy kit in my car, I quickly got it out and took a pellet of Arnica 30 C (by the way, for pure mental shock, Aconite is another highly indicated remedy). Immediately I started to feel calm and able to process what I had just seen. In about 30 seconds, I was able to peel myself off my seat and get out of my car. I took my kit and went to survey the damage.

“The first victim I saw, a man, was up and out of his car. I told him I was a homeopath and could offer him some help. He refused and insisted he was fine, he didn’t need anything. So I moved on to the next car (it is useful to note this reaction, “I don’t need any help,” when coming from someone in an accident or with an injury, IS a symptom of Arnica!!). The other car had spun into the gully on the side of road. She had been thrown out of her car and was nearly unconscious. Climbing down there as best I could, I quickly stuck a pellet of Arnica under her tongue and waited. In about 10 seconds, she started moving her hands and shortly there after she opened her eyes and was looking around. Just then, several other people ran down to the gully so I backed off, leaving her in their hands and the hands of God.

“After a police report, I left the accident knowing that I had fulfilled my duty to stop and offer whatever help I could to the injured parties at the accident site. I went on with my and repeated the Arnica one more time and then followed up with a dose of Ignatia amara 30C as I found myself weeping hysterically several hours later.

“One year later I received a phone call from a woman saying, ‘You don’t know me. I looked your name up from the police report. I was on my way to work, then the next thing I remember was going down a tunnel towards the light. Suddenly, I was pulled back, knowing it wasn’t my time- I had to wake up. I opened my eyes and saw a lady with red hair standing over me. Do you have any idea what I am talking about?’ I was speechless. I talked with her a few more minutes and then we hung up. I was so pleased to hear that she had only ended up with some contusions and sprains but no serious injuries and certainly, her head trauma seemed minimal compared to the impact of crashing into the ditch and being flung from the car onto the ground. Above all, she did not die from shock, which is the reason why Arnica should always be given (or taken) after a serious injury. I love homeopathy and practiced professionally for 15 years. This is still my favorite homeopathy story.”