Cellphones are Worsening My Symptoms! 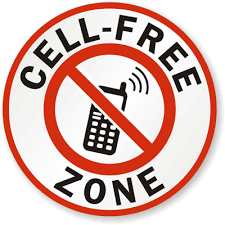 When Mr. Mueller suggested to me that my cell phone could be agitating my severe and chronic health issues, I thought, “Oh no, he’s one of those”… as in “quack”, “woo-woo”, “out in left field”, take your pick.

The following evening, I was having yet again a very severe nightly attack of a tight gripping feeling around my epigastric area. These attacks were so bad that sometimes I felt it would literally “squeeze the life out of me.” I picked up my cell phone to yet again text my daughter, a medical professional, and ask her for advice and to pray. When I picked up my phone, after about 45 seconds into the texting conversation, the squeezing got much worse.

Hmmm, I wondered, “is there any chance that my cell phone is really agitating my chronic issues. I think I will put it down just for tomorrow and see”. So, I did just that. The tight band of squeezing that had been worsening the past six weeks was much less the next day. In fact, it was not there until the late afternoon, and then about 50% reduced. The “attacks” and 24/7 band feeling did not go completely away, but the severity and intensity has been much less since that time. The timing of the worsening of this condition coincided with my recent gifting of a nice I-Phone 6S PLUS, the BIG one. This phone allowed me to lie in bed and read when I could not sleep, and stay in touch with my kids many hours during the day.

A few times since that night, I have received texts and picked up my phone and held if for a couple of minutes thinking I will “just be there for a minute.” I get a quick reminder as the band starts squeezing a bit more and more. I’m completely sold on the understanding that cellular technology and WIFI radiation does, in fact, affect our physical bodies negatively. I think it is particularly difficult on those of us with chronic illness, but I truly believe it affects us all.

My husband had a recent bout of constipation for a few weeks. It was totally different for him, especially since we eat a very healthy diet of grass fed protein, healthy fats, and copious amounts of fresh fruits and vegetables.

He had a specific place that he felt there was blockage in his colon, and that spot actually coincided with where he wore his cell phone on his belt. Having been on my call with Mr. Mueller also, and seeing my results, he removed his phone. Within 24 hours, his normal bowel habits returned and he has had no further issues. We now store our phones away from our bodies in pouches that are protective anti-radiation, anti-tracking, anti-spying, and GPS Rfid signal blocking. Depending on where we store them in the pouch, we can still hear the different notifications without the effects of the EMF’s. One spot in the pouch blocks it so much that a call to the phone receives an “out of service” response to the caller.

The way I have found to still have the convenience of a cell phone, yet use it less than a minute a day is to install the facebook messenger app on your cell phone and set it to notify you when you receive a message. Notify friends and family to do the same and to Facebook message you instead of textbook messaging. When you hear the “bing” telling you there is a message, using your computer attached to the Ethernet cable (with the WIFI turned OFF), you can then respond to your messages through Facebook. This is a way to “text” without ever picking up your cell phone. You can also use facebook messaging to either telephone or video call friends and family without ever picking up a cell phone or DECT cordless phone (which you should actually UNPLUG in order to not be affected by it).

I’m definitely loving the new freedom from the EMF’s while also keeping in close contact with my friends and family. Thanks, Mr. Mueller!