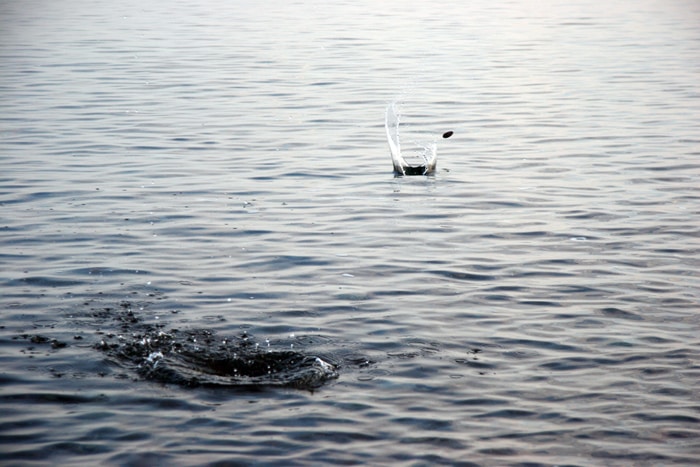 Recently, Manfred and I took our four children to a nearby pond to feed the fish with a few pieces of stale bread. Of course, a few pieces is never enough for little ones…I suggested they throw rocks in the pond as they’d cause a nice “ker-plunk” yielding just as much entertainment value. Our crying 3 ½ year old boy, M, wouldn’t believe me until he tested my theory and found it to be acceptable. I guess some nuts don’t fall far from the tree! I even showed the children how to skip rocks across the pond…well, I had the idea that I would show them…it was really Manfred who had all the skill that day!

AN OUNCE OF PREVENTION…

It was all the excitement of rock throwing that gave me the idea…I challenged the good Doc to see if he could throw a rock across the pond to the other side. I watched him throw the first few pitches and then I could no longer resist the temptation to try a few myself. Now, I grew up playing sports. I know better than to try to pitch without first warming up my arm and shoulder. What I didn’t know was just how rusty and fragile you become when you haven’t worked a muscle group in this way in almost 10 years!

I had a blast! I was a teenager again! I almost hefted a rock to the other side while Manfred scored 5 points! I had only thrown around a dozen rocks when we decided to call it quits. We walked home and once inside, I knew my shoulder and arm were going to be sore. Manfred and I each took a dose of Arnica montana 30C to help prevent soreness from overuse. A bottle of Arnica in liquid form* was already mixed as a standard component of our family remedy box which has our “daily/constitutional” remedies, symptomatic remedies and ones which are used for common first aid situations**.

** remedies such as Arnica, Calendula, Kali bichromicum, Arsenicum, Cantharis, X-ray, Cellular phone, WIFI and more, all in the 30C potency). We keep these in a metal box to help protect the liquid remedies from ambient electromagnetic radiation (but more on this some other time).

I went about my afternoon – made dinner, bathed all four children, put them to bed, folded two loads of laundry and took a bath. The next day everything went as usual. No more thoughts of our little adventure. On the second day, I noticed a mild pain on both sides of my neck. It originated in the trapezius muscle right around the C7 vertebrae (at the base of the neck, on the backside). Over the course of the day, the pain came and went, but gradually became more intense to a moderate throbbing with a moderately intense headache on the top where a baseball cap would sit.

That night, the pain in my neck, shoulders and head would not subside and I could hardly get comfortable enough to sleep. I tried several remedies (Bryonia, Ruta, Belladonna all in 30C in liquid), and finally Rhus toxicodendron 30C took the edge off enough to allow me some rest (in addition to the pain, I was restless, thirsty, warm, was wide awake and the pain was better from warmth). The next night, I was worse. I missed several hours of sleep because of my symptoms. By lunchtime the following day, I was nearly in tears. The pain in my neck was neuralgic and throbbing, radiating up into my head on both sides and down into my shoulder blades. My head ached so badly. I was sensitive to noise and light. And, my wrists ached to the point of throbbing. I took a dose Pulsatilla on the assumption that I was oversensitive to the pain and weepy – it didn’t help. I finally called on my homeopath!

Manfred listened to my symptoms and asked what remedies I had already tried. He reminded me that I had probably overdone it throwing rocks 3 days ago. He agreed with me that the neuralgia could be a pinched nerve since at this point it was much worse on the right side (my pitching arm). He suggested I first try a dose of Hypericum perfoliatum 30C. I took two doses, one every 15 minutes (the pain was pretty intense, hence the quick repetitions). It did take the edge off, but I knew I could get more relief from a “more similar” remedy (meaning one that caused symptoms resembling more closely the ones I was having). We decided to try Arnica 30C next in liquid, on the hypothesis that I had some swelling of the muscles from overuse, which was putting pressure on the nerve (and not that the nerve itself was inflamed).

I was so frantic that I had almost given up hopes that homeopathy was going to solve this one. But after the first dose of Arnica, I became sleepy and decided to lay down. I slept for 40 minutes (and as a mother of four, one being an infant, any amount of sleep during the day is a real gift!). When I woke up, I had no pain. In fact, I forgot all about it until I began writing this blog post – and that was 3 days ago when this happened!

You know, it never fails to amaze me how powerful and effective homeopathic remedies can be when you take the right remedy. Here I was, thinking I had done some major damage with a pinched nerve, expecting several visits to the chiropractor, and all it took was one dose of a remedy from my home remedy kit and I had fixed the problem – SIMPLE! No bodywork, no anti-inflammatories, no missed work, only minimal missed sleep! This is why we tell all of our clients to buy a Homeopathic Self Care Remedy Kit (we sell them, call us) and give them Our Acute Materia Medica*** to study for when they have a acute/self-limiting issue come up. A good book on self-prescribing is a must****.

Think of how much time, missed work or school, trouble, pain and suffering you can save yourself, your family members and even friends when you have your own homeopathic remedy kit and a little homeopathic prescribing knowledge? And if you don’t have the prescribing knowledge or you can’t resolve it on your own, you know who you can call in your time of need!

Homeopathy for Health and Happiness, Part 1