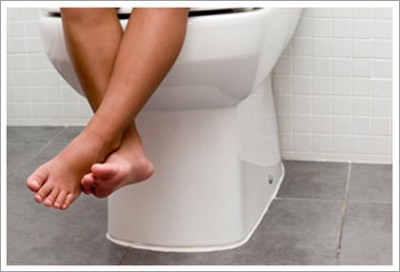 In our family, Mom is the primary prescriber for day-to-day ails. Accidents, injuries, stings and bites, teething, temper tantrums, jealousy, anger, etc. That is, unless I am stumped as to what to prescribe or how to assess and have to ask for an acute consultation with my husband – which usually means speaking to the “doctor” on his way to the bathroom or over lunch (you know what they say about the cobbler’s children…).

Back in December 2010, our then 26 month old son, M, who was not yet speaking in full sentences, and who has difficulty pronouncing some words, woke up in the middle of the night (which is very rare) and was whimpering. I got him up, hugged him, gave him some water and put him back to bed. Then I went to the bathroom, took a dose of Kali bichromicum 30C in water (my sinuses were dry and stopped up) and got back into bed.

A few minutes later I heard him saying “Mommy, ouch! Ooouch!” I turned on a light, went to his bed and he was holding his groin. I pulled down his training pants and noticed the tip of his penis was red. I began to poke around and calmly ask questions: “Does it hurt here? How about here?” We narrowed it down to the penis as the source of pain. I decided that the working hypothesis at 3 o’clock in the morning was “irritation on the head of the penis” and diluted Calendula tincture (dilution 1:20) applied topically was a logical first prescription. Done. Back to bed.

Now, just a word of caution when interrogating children under age 6 years old about their symptoms: In general, I don’t know how much you can rely on the accuracy of the reporting of their symptoms, the particulars, “how does it feel,” “is it better or worse,” etc. When fact-finding, keep it simple with simple questions and directions: “point to where it hurts,” “I need you to stay calm,” “We are going to make it better”, “can you lift your arm,” etc. I’ve also seen that even simple “yes” and “no” questions can cause confusion and wrong answers, until around age 4 to 4 ½ yrs old.

Parents, in first aid situations, it is important that, above all, you stay calm, even when there is blood, and be observant. Do not react. If necessary, first take your own dose of Arnica 30C (for emotional trauma/shock, queasiness/qualmishness from site of blood/injury) or Aconite 30C (fear).

Please be careful not to make “judgments” in your intake of symptoms, but to make observations. Judgments are reserved for after all the fact-finding is done and the course of action is being planned. When you report symptoms, instead of telling the homeopath, for example, “he has a stomach ache,” say “he seems to be in pain and is holding the stomach area.”

Get all the factual information you can get. If there was an accident or injury, ask the other siblings (or by-standers) clear questions directed at gaining just the facts, and make sure you let the other children know that you are not going to punish them for telling you accurately what happened – you can save the discipline for later when everyone is mending!

But I digress…after having witnessed M’s ability to observe and reflect on details on a daily basis, I felt fairly confident that I was receiving accurate information from him.

The next morning, he seemed happy and he wasn’t complaining. That is, until I put him on the toilet for his morning urination. “No boop, Mommy, no boop,” he protested (“boop” mostly means “poop” but sometimes means “pee-pee”). He cried, he tried to jump off the toilet. Hmm. On inspection, the head of the penis was still red. I calmly but firmly told him, “Try to go pee-pee. You need to try.” He did try and screamed and grabbed his penis. Ah ha! My revised hypothesis then became “urinary tract infection.”

I reached for the Cantharis 30C (one pellet dissolved in water) because I know it is the most common remedy for urinary tract infections (UTIs) that have burning pains, especially before and during urination, or with irritation of the genitalia. Now, I didn’t know if it was a burning pain that he felt, but since homeopathy has no side effects, and even if this was the wrong remedy, I couldn’t go wrong by trying it! I gave him a sniff (an olfactory dose, which is his usual dose for his level of sensitivity) and got him off the toilet. I made sure he drank plenty of fluids.

Two hours later I told him it was time to go to the bathroom again and, of course, he looked at me like: “Have pity! That really hurt and I don’t want to do it again!” He was whimpering and fighting me on the way to the bathroom, when I told him, “Listen, that remedy I gave you earlier should help the pain go away. And if it still hurts when you pee-pee, I’ll give you another remedy, and we’ll make the pain stop, OK?” To my surprise, this worked. He nodded in agreement and confidently walked to the bathroom with me! And to my relief, and his, that one dose of Cantharis had resolved the problem! He urinated normally, had no more pain or redness, and the symptoms didn’t return!