Uh Oh! He swallowed a Quarter! How homeopathy helped ease a child’s crisis 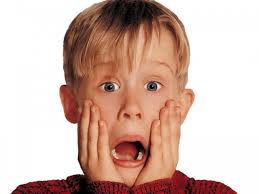 Has your child ever swallowed a foreign object? Chances are, the answer is yes! Perhaps it was a coin, a marble, a toy, a paperclip, a magnet, a battery, or a pen cap. Hopefully, there were no problems, and the object came out as it should. I would like to share with you what happened when our 3½-year-old boy swallowed a quarter and how we used homeopathy to help.

When a child swallows a foreign object, the first concern is whether the object will safely go down the esophagus—or get stuck in the airway, which can be life-threatening. Our son Fritz had been putting random things in his mouth since babyhood—usually a toy, the corner of a book, a spoon, his fingers, your fingers! But on this day, he’d found a quarter lying on the floor and was mouthing it. I had caught him doing this several times in the past with smaller coins, and I had immediately taken them from him. I had also tried to “educate” him about not putting coins and metal in his mouth. He had never swallowed any of these things before though, so I wasn’t overly concerned.

I was downstairs folding laundry when I heard our 8-year-old daughter’s blood-curdling scream, “MOOOMMM! Fritz has swallowed a quarter!!!” I immediately jumped up knowing that a quarter is fairly large for a 3-year-old to swallow. My first thoughts were to make sure he was breathing. Well, he was. In fact, he was walking down the stairs as I was coming up to him. I could hear swallowing and gulping sounds in addition to little wincing noises—the quarter was apparently stuck in the back of his throat.

I slowly walked him to the bathroom observing him the entire time. He was breathing, his face was of normal color, and his cheeks were rosy. He was calm. He was leaning forward with his hand at his throat trying to swallow the quarter. I asked another child to bring a flashlight so I could look down his throat. I was still running through ideas and scenarios when, just as I brought the flashlight up to his mouth, Fritz announced, “Mommy, it’s in my stomach now!”

Phew! I even considered taking a dose of Aconite 30c for myself for shock after a sudden fright, but fortunately, I overcame my own shock quickly this time! What the experts say

I went to tell my husband Manfred (a practicing homeopath for 35 years) what had happened. While I tended to Fritz, he did a quick internet search and reported his findings: swallowing a coin is common; if small, like a penny, it usually passes; however, a quarter could get stuck and in rare cases could require surgery; in most cases, it should pass naturally in 3 to 7 days, maybe longer; give extra drinks and extra fiber to help it pass. This was mostly welcome news.

Homeopathy to the rescue

I returned to Fritz to see how he was doing. About 20 minutes after the quarter went “down to his stomach,” Fritz complained of a mild pain towards the bottom of his sternum. We assumed this meant the quarter was “stuck” and trying to get through the stomach opening or just inside the lower esophageal sphincter. Manfred and I had already been discussing remedies that could help the quarter pass and avoid any potential complications. The primary objective of treatment would be to relax any tight sphincter muscles or passageways by using a homeopathic “antispasmodic” remedy.

There are many great antispasmodic polycrests in our materia medica—Cuprum metallicum, Magnesium phosphoricum, Belladonna, Nux vomica, to name a few. Cuprum is a great remedy for cramps in the large and small muscles and for spasms in the respiratory tract (like in whooping cough). Magnesium phosphoricum can help with cramps and spasms of the stomach, trapped and painful gas in the intestines, menstrual cramps, and cramps that are better from heat. But since the goal was to use a remedy that would specifically address the rigid and circular sphincters in the body, we ruled out Cuprum metallicum and Magnesium phosphoricum from our remedy discussion.

Manfred looked in the computerized repertory and found the rubric “contraction of the cardiac orifice” (i.e., the opening of the esophagus into the stomach). The rubric listed 33 remedies. The sub-rubric “cardiospasm” (painful spasmodic contraction of the cardiac orifice) seemed to resemble Fritz’s situation the closest. Nineteen remedies were listed, the most prominent being Agaricus, Argentum nitricum, Belladonna, Conium, Ignatia, and Nux vomica.

Belladonna is also known to be a great antispasmodic remedy. In Kent’s Lectures, he says of Belladonna, “Spasms—general spasms and local spasms. Spasms of little canals, of the circular fibres, of tubular organs, like that I have spoken of in the gall stone colic. In the ductus communis choledochus [common bile duct] there is a clutching—or it may be in the cystic duct that the circular fibers clutch that little bit of stone and will not let it through. The passage is large enough to admit it and it has started to go through—but the irritation of the part causes a spasm and it clutches that little stone.” We, too, have seen Belladonna dilate the sphincter of Oddi during a gallstone colic (although we’ve seen many other remedies work more often!); relax the vaginal canal; open a closed cervix during a birth; relax leg spasms during a fever; and more.

For Fritz, I was strongly leaning towards Belladonna, yet Manfred was leaning towards Nux vomica. However, since I spend more time with Fritz during the day while Manfred is busy providing homeopathic consultations to clients, I had made a few additional observations that Manfred was not yet aware of. These were the type of observations that ultimately help us to differentiate between any potential remedies!

For example, for the past several weeks, I had noticed other Belladonna symptoms in Fritz such as having a tendency to randomly screech for no reason (“Mind; Shrieking, screaming, shouting”). He had also been biting himself and me—always in the context of a game between us (“Mind; Antics, plays” and “Mind; Biting; children, in”), and he never bit hard, just enough to know his teeth were on your skin. And, lately he’d been tearing up paper (“Mind; Tears; things; pieces, to, everything”)—usually it was a drawing done by one of his older siblings (and, yes, this always caused a fight). Once I related all this to Manfred, he agreed that we should try the Belladonna first, since all of these symptoms were new for Fritz and they fit Belladonna, not Nux vomica.

The coin was moving!

I already had Belladonna 30c mixed in a 1/2 oz amber dropper bottle with distilled water and 10% grain alcohol, so I gave Fritz an olfactory (sniff) dose.* Within minutes, he said, “It stopped hurting now, Mommy!” Phew! A few hours later, he came to me doubled over and complained of pain, this time pointing below the sternum in the general area of the pyloric sphincter (valve between the stomach and small intestine). Again, an olfactory dose* of Belladonna, and within minutes, Fritz’s pain stopped!

Two mornings later, Fritz woke me up at 5 a.m., saying, “Mommy, it hurts right here!” He was pointing to his lower right abdomen, the area of the ileocecal valve (the sphincter between small intestine and large intestine)—a perfect place for a quarter to get stuck. I sleepily reached for the Belladonna from the remedy box (conveniently located on my bedside table) and succussed the bottle and gave him another sniff. He then sat in the chair beside me and, after a few minutes, he jumped up, “Ok! It feels better! Bye!” With this good news, I was peacefully able to catch a few more zzzzzz’s!

It would be another two days before Fritz complained of any more pain. This time, it seemed to come from the sigmoid flexure—the S-shaped curve where the colon joins the rectum. Belladonna again worked almost instantly and relieved the pain.

So where was the quarter?

Would Fritz have passed that quarter without the help of homeopathy? I’m guessing the answer is “yes.” But when you consider the help this well-chosen remedy afforded him, the relief in pain it provided, and the lack of side effects it offered, then why not at least try homeopathy first before panicking, calling the doctor, and attempting heroic or hurtful measures?

When your child swallows a foreign object, consider using homeopathic Belladonna 30c or Nux vomica 30c** given once every day, and additionally, every time there is discomfort, until the object passes. You will save your child the pain and possibly internal damage as the object passes through those tight places. Plus you can put your mind at ease knowing you are doing everything you can to help your child safely and quickly pass the object.

* In our practice, we individualize the dose of each remedy to fit the sensitivity of each client. Fritz is sensitive enough to take an olfactory dose of all his remedies.

** Dissolve one pellet of the remedy in a ¼ oz or ½ oz dropper bottle of distilled water. Strike (succuss) the bottle a few times against the palm of your hand before each dose (a few drops from the dropper). Alternatively, you can dissolve a pellet in a jar with a lid and use a spoon to administer a few drops; or you can use a cup, in which case you will use a spoon to stir the remedy a few times before each dose and administer a few drops with the spoon.